In early May, Rene C. Swafford, an attorney on the Black legal team, made statements before Ridgely Town commissioners alleging its police chief had time to make the alterations two days before he and another police chief showed a copy of the footage to the president of the NAACP Caroline County branch on Sept. 17.

“It is our opinion that Chief Gary Manos had a full two days to manipulate the data on that body-worn camera footage,” Swafford said at the May 6 public meeting. “It is our opinion, the legal team’s, as well as the family’s opinion, that the body-worn camera footage was altered with specific intent to mislead the family and violate the public trust in this community.”

Black’s legal team is seeking an independent investigation by the U.S. Department of Justice Civil Rights Division – and have held open the possibility of filing a civil suit. The Justice Department declined to comment.

Both Hewick and Swafford contend a redacted version of the original footage that was released to the public and the media in January was different than the version they had seen months earlier.

Black died in police custody Sept. 15, after a foot pursuit and struggle with three police officers and a civilian. A 911 caller alerted police to Black, who appeared to be dragging a 12-year-old boy, who turned out to be a distant relative, down a country road against his will.

Video from the incident that was made public shows Greensboro police officer Thomas Webster IV ordering Black to put his hands behind him, but the teen fled to his mother’s home in a trailer park. After Black got into a parked car, the video footage shows Webster using his baton to break the car’s window and then using a Taser to restrain him.

A physical struggle up a wooden handicapped ramp with Black, Manos and Webster ensued, according to a state police report. Black was handcuffed, and police eventually placed him in leg shackles after two attempts. Immediately after Black was secured in the leg irons, at least two law enforcement officers observed Black losing consciousness.

Gary Wyatt, the owner of the trailer park where Black lived with his mother, said he “saw and heard 95 percent of what happened” the night Black died and has never been asked by police for his eyewitness account – much to his surprise.

“No officer has ever asked me anything,” he said.

Wyatt, who lives one door down from Black’s mother, said the men who held Black down to handcuff and shackle him met privately on the trailer park grounds after the incident for more than an hour.

Black and white or color?

Black’s death has outraged his family and African-American residents on the Eastern Shore. A coalition has been established seeking justice for Black, and the case inspired legislation during this year’s General Assembly session that would have changed the way investigations of deaths of people in police custody are conducted.

Following an independent probe by the Maryland State Police, Riley on Jan. 24 announced he would not pursue criminal charges against any of the officers or the civilian involved in Black’s pursuit. 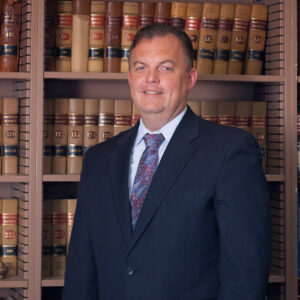 Swafford alleges state police investigators never considered the possibility that the body camera footage was altered, and asked Ridgely town officials on May 6 to place Manos on leave to investigate. Swafford said she has submitted documents detailing the allegations to the state police.

Swafford said the footage she viewed in Riley’s office in September was in black and white – even though footage of the incident that other people have seen was in color. She told town commissioners that it included areas that were blacked-out, had key scenes omitted, including “the initial police stop and struggle,” and had sporadic sound.

Caroline County NAACP President Berl Lovelace said he too believes he saw two different versions of the camera footage. Lovelace said he was invited by former Greensboro Police Chief Mike Petyo and Manos, the Ridgely police chief, to view the camera footage two days after Black died, according to a Feb. 21 Caroline County NAACP letter he signed that Swafford provided to Maryland Matters.

“[A]fter reviewing this 37-minute video, which shows the interaction between Black and the Greensboro Police Officer Thomas Webster followed by a chase and Black’s arrest, I must say that this is not the same video that was shown to me by Chief Gary Manos and Chief Mike Petyo on September 17, 2018,” Lovelace wrote.

Manos was involved in the police struggle with Black moments before Black died. Webster, the Greensboro police officer, worked for Petyo.

“I was concerned because the video had three to four blank spaces which lasted for two to three seconds,” Lovelace said in his written statement. “The next day I met with the Caroline County state’s attorney, Mr. Joseph Riley, who did not seem surprised that I had seen the video. … He was surprised when I said that there was some blank spaces on the video that I had been shown.”

Lovelace said Riley promised him he could view his copy of the video once the state police released it to him to compare the two versions. But the meeting, Lovelace said, didn’t happen until four months later.

In an interview with Maryland Matters, Riley said he spoke with Lovelace about the video, but he said the conversation took place over the telephone, not in person. And the delay in showing Lovelace the video footage, Riley said, was a result of the Black legal team’s request at the Sept. 24 meeting not to show Lovelace the video.

Swafford, the attorney, said she was unaware of any such request being made of Riley.

“State’s Attorney Riley has that altered [body-worn camera] version,” Hewick, the private investigator said. “Eventually [he] will have to turn it over to [the Black] defense team during discovery when a case is filed.”

Riley denies the allegations and says he has no knowledge of the video being altered.

“It was not in black and white,” Riley said of the Sept. 24 viewing. “That is untrue. At best they are mistaken.”

Riley also said that on the night Black died he had the Greensboro Police download the body-camera footage that he then watched.

“What I watched on Sept. 24 did not appear to me to have any differences,” he said.

Riley said police-worn, body-camera footage is captured in color – an assertion that is backed up by a criminal justice expert who did not watch the specific body camera footage.

Eric L. Piza, an associate professor specializing in criminal investigation and analysis at John Jay College of Criminal Justice in New York, said the industry standard is for body cameras to record in color.

“In fact, I’m not aware of any police department in the country that records in black and white,” Piza said.

‘No other body camera footage exists that we are aware of’

The Maryland State Police provided Riley with an official copy of the body-worn camera footage Sept. 20, according to a spokesman. The spokesman said an investigator from the homicide unit was at the Greensboro Police Department when the camera footage was uploaded by Webster the night Black died. Webster was the first law enforcement agent to come into contact with Black that night.

“[The state police investigator] saw officer Webster plug the cord into the camera and the computer,” said Maj. Greg Shipley, the state police spokesman. “Kyle Clark of the homicide unit took possession of the Maryland State Police evidentiary copy of the body camera video on Sept. 16 at 2 a.m. No other body-camera footage exists that we are aware of.”

Riley denied assertions made by members of the Black legal team that he communicated with Petyo to obtain the allegedly altered video. But the legal team filed a Freedom of Information Act anyway – requesting email communications between Riley and Petyo, Riley said.

Shipley said the state police homicide unit does not know if there is an administrative record of when Greensboro police officials might have taken a copy to show Lovelace, or if administrative policies were properly followed.

Greensboro Town Manager Jeannette DeLude said that, at the time of Black’s death, policies were in place that would have required a time log and chain of custody for evidence.

The town of Greensboro referred all questions about a time log to the state police. While the criminal investigation of Black’s death is closed, the state police are conducting an internal administrative review of Webster’s actions during his encounters with Black to determine if he followed Greensboro Police policies on Sept. 15.

In March, the town of Ridgely asked the state police to conduct a similar review, but the state agency denied the request. On April 1, Ridgely town commissioners hired a law firm to conduct an internal administrative review of Manos’ actions on the night Black died.

However, they believe their investigation was conducted with the original body-worn camera footage.

“No new information has been provided that would prompt the investigation to be reopened,” Shipley said.

Glynis Kazanjian is a freelance writer. She can be reached at [email protected].