As a third generation military servicemember and a gay man living in Montgomery County, I was piqued by the decision of the County Executive Marc Elrich to lower the Pride flag outside the county’s administrative building in response to isolated, but vocal, complaints about its presence.

According to media reports, a number of individuals claimed that the county executive had “replaced” the POW/MIA flag flown outside the county’s offices with the Pride flag. Elrich, having apparently considered none of the protocols or laws pertaining to the display of either flag, removed the Pride flag in a manner that clearly demonstrates he has only marginally more respect for LGBTQ people than do his critics.

Initially, Mr. Elrich, had raised the Pride flag to honor the LGBTQ community living and working in Montgomery County. For the month of June, commonly recognized as Pride Month, LGBTQ people are afforded a modicum of recognition from companies, news outlets and some municipalities. Displaying the Pride flag in front of the county building was only ever meant to happen for a portion of the month, and the POW/MIA flag would have been flying again in time for the Fourth of July.

For both the county executive and his detractors, the hubbub stems from confusion about the significance of both flags. Each of them was born in the 1970s as a symbolic banner designed and promoted by a community struggling to gain recognition within the broader American culture. Both of them have assumed greater political significance in American life than was originally intended. Neither of them has a legal privilege to be hoisted on the pole sitting at the center of this controversy. 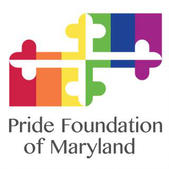 Federal law governs the dates, only six of them, and places, all of them federal facilities, in which the POW/MIA flag must be flown. In Maryland, the General Assembly has designated similar requirements for a selection of buildings owned by the state. In Montgomery County, there is no ordinance pertaining to the display of either flag. The county executive was acting within his authority to fly the Pride flag at full staff, and the only protocol he violated was positioning it to the right of the Maryland State flag.

Raising their protests, opponents of Elrich’s first decision have asserted that the county has somehow dishonored veterans — always a loaded charge. But just as the national feeling toward service members has become worshipful since the Vietnam era, antagonism toward the LGBTQ community remains strong even in places like Montgomery County. To argue openly for veterans, instead of against LGBTQ people, provides a socially acceptable pretext for pushing LGBTQ people into a visibly inferior position.

To be clear, the controversy here isn’t at all about our collective perception of veterans. It’s about the persistent divide in this country’s attitudes toward LGBTQ people, and the ruckus in Rockville over the POW/MIA flag is an easy opportunity for some people to express their bigotry.

We all understand the significance of the POW/MIA flag. For decades, The National League of POW/MIA Families, the organization that created it and
lobbies for its adoption, has worked hard to make sure we do. As the POW/MIA community has dwindled, the league has transformed the banner in the national conscience into a symbol of the service of all veterans. Today, the flag is generally believed to represent all of the 8 percent of Americans who have served in the military. When we see it, we should be mindful of their sacrifices; and as the POW/MIA flag itself exhorts, none of us should ever forget those who did not come home.

The Pride flag is a symbol of the growing visibility of LGBTQ people in American society. As such, those who oppose our mere existence consider the Pride flag to be an odious thing wherever it is. They refuse to allow us any place in this world that demonstrates any measure of equality, and to see the Pride flag anywhere for even the slightest moment of time, reminds them that we are not going away. They couldn’t care less about what the Pride flag symbolizes for LGBTQ people ourselves and for our allies.

For us, it’s a reminder of our historical and ongoing fight against oppression in this country and across the world. For decades, we’ve suffered harassment, unjust imprisonment, social stigma and targeted violence. We’ve endured discrimination in employment, housing and public accommodation. We’ve been publicly denigrated and reviled.

And during the AIDS crisis, one of the worst plagues in the nation’s history, government at all levels chose to do nothing. Hundreds of thousands of us died a most gruesome and lingering death as people jeered us all the way to the grave.

But also, the Pride flag is a memorial of our many contributions to American society. We’re artists, writers, politicians, activists, teachers, clergy and
businesspeople. We’re neighbors, co-workers and fellow citizens. We too have fought the nation’s wars.

To fly the Pride flag with honor is to remember the sacrifices and to recognize the dignity of LGBTQ people. The debate over when, where and how to display it is mostly an attempt to minimize us, or to wholly erase us, and we know it for what it is.

This was obvious when the president of the United States told our embassies abroad that they could not abide precedent and display the Pride flag. Today it’s equally obvious when the county executive in one of the nation’s most liberal jurisdictions decides to cave to empty criticism and remove the Pride flag to a position of unequal dignity although no law requires him to do so. Each man has made an arbitrary executive decision in response to anti-LGBTQ sentiment. We in Montgomery County deserve better.

For the little bit of the calendar each year when the official world might recognize us, it’s not too much for Marc Elrich and his critics to see LGBTQ people as human beings worthy of equal dignity. So put the flag back, Marc, and let’s have a happy Pride.

The writer (@briangaither) is a co-founder of the Pride Foundation of Maryland (@PrideMaryland) and lives in Gaithersburg.