The eight bills Hogan vetoed ran the gamut, addressing the environment, law enforcement and government operations – but most would have limited his power or imposed new regulations or spending mandates. By law, Hogan had until this weekend to act on bills passed in this year’s General Assembly session.

In separate statements shortly after Hogan’s veto announcement, House Speaker Adrienne A. Jones (D-Baltimore County) and Senate President Thomas V. Mike Miller Jr. (D-Calvert) vowed that the legislature, where there are Democratic supermajorities, would attempt to override many of the governor’s vetoes. Seven of the eight bills Hogan vetoed were passed with veto-proof majorities this year.

The most high-profile bill Hogan struck down would have eliminated the state’s controversial Handgun Permit Review Board, which reviews and makes the final ruling on police decisions over who can carry concealed handguns. Democrats have been critical of the board and its political appointees and argued that there are better ways to monitor what individuals are allowed to carry concealed weapons, but Hogan called their legislation “just another in a long series of politically-motivated and ill-conceived power grabs.”

“This measure does nothing to prevent guns from getting into the hands of dangerous people,” Hogan said in a veto message to Miller and Jones. He also criticized lawmakers for failing to act on his legislation increasing penalties for repeat violent offenders.

Hogan also vetoed “ban-the-box” legislation, which would have limited the ability of many employers to make initial inquiries about a job applicant’s criminal record.

“Hiring the right team is one of the most critical activities a business does,” Hogan said in his veto message. “Employers have the right, and often the need, to know the criminal history of applicants they may hire.”

After vetoing a bill earlier this year that would have established five permanent oyster sanctuaries in Chesapeake Bay tributaries – only to see it overridden by legislators before their session adjourned – Hogan on Friday vetoed another measure designed to change state management of the oyster population in the Bay. Hogan decried the measure as “secret backroom deal-making.”

— A bill that would have expanded college tuition breaks for immigrants, saying it did not go as far as his own “common sense” legislation to expand existing tuition relief programs to all Maryland students, which the legislature cast aside.

— A bill that would have required an annual $3.8 million allocation for the state to expand its bike lane program. He argued that last minute changes to the bill jeopardize federal funding and impede the state’s ability to expand mass transit.

— A bill giving the legislature more say over the state’s collective bargaining process – which was identical to legislation the governor rejected a year earlier.

— A bill that lawmakers cast as expanding transparency over gubernatorial appointments. Hogan took umbrage, calling the legislation “yet another in a long line of legislative overreach and blatant usurpations of executive privilege. By my count, this is the 103rd time that the Maryland General Assembly has taken power from the executive branch to score a cynical political purpose.”

— A bill that would have required trains carrying freight to have at least two crew members if the train is being operated “in the same rail corridor as a high-speed passenger or commuter train.” The measure was backed by unions representing rail workers and safety advocates; it was opposed by the rail industry on the grounds that it would drive up expenses.

Of the bills Hogan vetoed, only the one on gubernatorial appointments passed the legislature with less than a veto-proof majority.

“It is disappointing that the Governor is vetoing so many important policy initiatives, particularly around gun safety and improving the state’s oyster population,” Jones, the new House speaker, said in a statement. “I will be talking with House leadership and President Miller about specific vetoes but I am confident the House will take up many of these overrides in January.”

In his statement – using words that Hogan frequently employs – Miller said he was disappointed that the governor “vetoed so many commonsense pieces of legislation, many of which passed the Senate with bipartisan support.”

The legislature is not due back until next January – unless a special session is called this summer or fall to address congressional redistricting. Lawmakers could, technically, consider Hogan’s vetoes in a special session.

Meanwhile, Hogan let dozens of significant bills become law without his signature Friday, including one establishing a Prescription Drug Affordability Board for state and local government employees.

“We believe our progress in Maryland will be a springboard for action in other states and at the national level to help ensure that Americans can afford the medicines they critically need,” said Vincent DeMarco, president of the Maryland Citizens Health Initiative. “Drugs don’t work if people can’t afford them, and we are going to do all we can to make them affordable.”

Click here for a list of all the Senate bills Hogan allowed to become law on Friday.

Click here for a list of all the House bills Hogan allowed to become law on Friday.

Check back with Maryland Matters later in the weekend for more analysis of Hogan’s vetoes and bill signings. 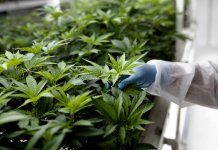