The opioid epidemic is hitting communities in Appalachia harder than those in other parts of the country, according to a new report by the National Association of Counties.

There are 420 counties in the Appalachian region, which stretches from New York to Mississippi — including three in Western Maryland.

According to the new research, those counties had opioid overdose death rates lower than other parts of the U.S. as recently as 2001. But in the years since, they have skyrocketed.

At the turn of the century, there were approximately 2 deaths per 100,000 people traceable to opioid overdose, a rate that was much more evenly spread geographically.

NACO’s report, called “Opioids in Appalachia: The Role of Counties in Reversing a Regional Epidemic,” found numerous likely factors for the increase.

“Many socioeconomic factors have aggravated the opioid epidemic in Appalachian counties, such as poverty, poor health, low educational attainment and changes to the labor force,” the document says.

“Although these factors did not necessarily cause the epidemic, they created an environment in which opioid misuse flourished in Appalachian counties more easily than in other parts of the nation, resulting in a crisis that has hurt both county residents and the county governments that serve them.”

In general, people living in Appalachia are less likely to have a college degree. Their communities have seen a much smaller increase in job opportunities, local governments have less money to spend on services, and poverty rates are higher.

The opioid abuse crisis has strained local governments even more, particularly over the last decade.

“The declining coal industry in many Appalachian communities has further exacerbated these financial limitations by causing county governments to lose tax revenue that helps them fund numerous local services.”

The report identifies several communities that have had success in reducing drug abuse, getting doctors to write fewer prescriptions, lessening the stigma of addiction, increasing treatment and other strategies to ease the epidemic of death and family trauma.

In Allegany County, researchers say, the superintendent of schools noticed an increase in absenteeism around 2013. Upon investigation, school officials discovered that many of the absences were related to parents’ opioid use.

Now the schools work closely with the health department and the sheriff’s office through an Opioid Overdose and Prevention Task Force.

“Together, they educate students about the dangers of opioid misuse by inviting residents in recovery to speak in health classes about opioid addiction and recovery services,” researchers write.

“Allegany County Sheriff Craig Robertson also speaks with both students and parents about this issue, presenting a ‘mobile bedroom’ to show parents how to look for hidden drugs.”

NACO says having doctors who overprescribe is still “a huge challenge” for the county, so the health department is working hard to educate doctors using guidelines developed by the U.S. Centers for Disease Control and Prevention. 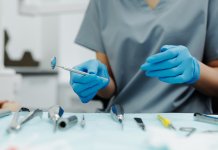