The Maryland House of Delegates faces a historic decision on Wednesday. For the first time since 2002, we will elect a new speaker. And for the first time in recent memory, the floor vote may not be perfunctory. In fact, despite a Democratic supermajority, it will likely be a nail-biter.

Less than an hour before the official vote on the floor, we members of the Democratic Caucus will decide on our nominee. Typically—indeed, every other time in Maryland’s history—the majority party’s nominee captures all the majority party’s votes and, by definition, that person ascends to or retains the speakership.

Things are different this time. The Republican minority—which represents less than a third of the state—has announced a scheme as simple as it is shrewd. The GOP will vote as a bloc for its preferred Democratic candidate. And its preferred candidate is the one who offers the sweetest deal. The pact will be shrouded in secrecy until after the vote, but might plausibly include Republican subcommittee chair appointments and Republican veto authority over legislation. 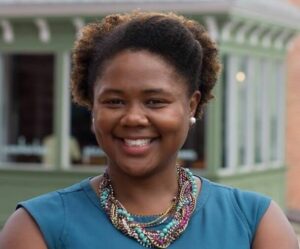 Publicly, Republican officials are waxing bipartisan and issuing paeans to civility. Privately, they are exchanging high fives as they approach a rare triumph that would make Lee Atwater and Karl Rove proud. But the conservative blog Red Maryland recently let the cat out of the bag, trumpeting the GOP’s gambit as in “the best interest of advancing conservative policy.”

They’re right. And that’s why we will cast our floor votes for the Democratic nominee. We hope our colleagues will do the same. 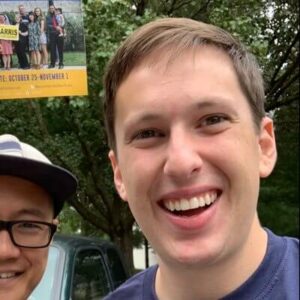 For elected Democrats, this decision should involve neither blind party loyalty nor the naïve fetishism of bipartisan compromise. Our abiding priority should be our constituents, and advancing conservative policy would unquestionably harm our constituents in Montgomery County and Baltimore City. A more conservative House of Delegates would be especially pernicious for the most vulnerable among us—people of color, the LGBTQ+ community, children, seniors, and immigrants.

This threat isn’t hypothetical. Republicans have shown a lack of compassion for workers. Last session, we passed a minimum wage increase that will benefit hundreds of thousands of working Marylanders. In opinion polls, wide majorities of Marylanders supported it. And yet, despite being riddled with compromises and delays, the Republicans decried the bill as “socialism.” With a speaker chosen by those same Republicans, working Marylanders shouldn’t count on any future increases.

There is also a real threat to our efforts to protect the environment. Last session, Republicans spent hours on the floor assailing Speaker Busch’s common-sense bill to preserve our oyster population. And it took a Herculean effort to pass a moderate update to our Renewable Portfolio Standard. With a speaker accountable to Republicans, we can expect efforts to restore the Bay and combat climate change to grind to a halt.

One final example (though this list is by no means exhaustive) is the threat to Maryland’s seniors. Last session, Republicans loudly opposed a bill that will create a mechanism to hold down the cost of prescription drugs. The idea polled almost as well as Old Bay, yet it was watered down and passed on a party-line vote. With a speaker indirectly responsive to Republican primary voters, Maryland’s seniors might reasonably fear increasingly unaffordable care.

These examples constitute neither speculation nor hyperbole. We don’t need to look far up the East Coast, or far back in time, to find a cautionary tale. For much of the last decade, rogue Democrats in the New York Senate entered a power-sharing arrangement with the Republican minority. The Republicans held onto power, the so-called “Independent Democrats” received plum leadership roles, and both factions enjoyed the favor of large corporate interests.

The losers, of course, were everyday residents. By handing control of the chamber to Republicans, these Democrats killed a state version of the Dream Act, affordable housing proposals, expanded voter registration, a clean energy plan, a universal health care bill, public financing of elections, and a constitutional amendment guaranteeing women’s reproductive rights. In 2018, the Independent Democratic Caucus was predictably decimated at the polls.

We respect our colleagues and constituents who don’t want the tenor in Annapolis to mirror the vitriol emanating from Washington, D.C. Bipartisanship enjoys a long tradition in Maryland state government, and Speaker Busch cultivated a working relationship with the minority party. During our first session, we befriended and voted with several of our Republican colleagues despite disagreements on most issues.

But allowing a Republican takeover of the speakership isn’t bipartisanship; it’s masochism. It will yield public policy out of step with both public opinion and the public good. Bipartisanship is inviting a few counterparts over for dinner, and maybe swapping recipes. It’s not letting them move into the downstairs bedroom.

We also understand the frustration of those clamoring for Maryland’s first black, or woman, speaker. Representation matters, and our state has a dim history of electing women and people of color to our most powerful roles.

But splintering from the Democratic Party and allowing a small minority to select the next speaker will have tangible consequences on the very groups we Democrats champion. We should reject this Republican plot and elect a speaker responsive to the majority of Marylanders.