When does a minority party have the power to change the trajectory of a state legislative chamber? When there’s an election for presiding officer that threatens to divide the ruling party.

It happened to the Ohio House of Representatives earlier this year and there’s the potential it could happen in Maryland next week, after House Republicans said they would vote in a 42-member bloc for an unspecified Democrat in the race to replace the late Speaker Michael E. Busch (D).

Outnumbered more than 2-1 in the chamber, the Republicans could leverage a divided Democratic Party – which holds 99 seats, including the Busch vacancy.

“It’s so unprecedented for Republicans to essentially announce this,” said Todd Eberly, a political science professor at St. Mary’s College of Maryland. “It’s a chance for them to try to pull some rank. The other view is that it could fester divisions in the Democratic Party. Regardless of what motivation it was, politically, it was smart.”

Jones presided over the chamber for the final two weeks of the 2019 session after Busch fell ill. He died on April 7, just before the session’s final day.

McIntosh says she’s secured a majority vote among Democrats, and most analysts are inclined to agree. Eberly said Davis is likely more appealing to Republicans.

For their part, some Democrats are pushing for a united party once it comes time for the vote on the House floor at a special session next Wednesday.

“In the past, we have voted unanimously” for the candidate who wins in a caucus vote, Del. Eric Luedtke (D-Montgomery), the Democratic Caucus chair, said this week. “I hope that will continue.”

“I think the Republican Party’s influence on this election is vastly overstated. They’ve always voted as a bloc, either for their own candidate or, these last few sessions, for Speaker Busch,” Luedtke said. “I would not be surprised if they voted as a bloc, but they hold a tiny minority of seats.”

What happened in Ohio

About 400 miles to the west, the Democratic party, long in the distant minority in the Ohio House, cast the deciding votes in a speaker’s race this winter.

In April 2018, then-Speaker Cliff Rosenberger (R) announced that he would step down from leading the chamber and then ultimately resigned his seat after news broke of an FBI investigation into his spending and travel.

An interim speaker was chosen in the spring, followed by another post-election vote in January, when a new batch of legislators took office.

The Ohio House of Representatives has 99 seats, 61 of them held by Republicans. For years, Democrats had been effectively excluded from the legislative process, said Nancy Martorano Miller, associate professor of political science at the University of Dayton, who focuses research on minority party procedural rights in state governments. 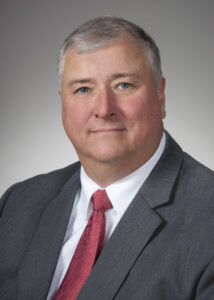 Ohio House Speaker Larry Householder (R) got more Democratic votes than Republican votes in the battle for the speaker’s gavel.

So when Rep. Larry Householder (R) – who held the speakership once before, from 2001 to 2004 – came in and offered to work with the Democratic Party, a majority of Democrats offered their support. Twenty-six of 38 Democrats supported Householder’s bid for speaker on the House floor after he offered sweeteners like committee votes on proposed amendments, a vow not to bring certain anti-union legislation to the floor and some subcommittee co-chairmanships.

Householder won the position with 26 votes from Democrats and 26 votes from Republicans. Another Republican candidate got more GOP votes – 34 – but it was not enough to win.

“In Ohio, the parties are very polarized on most issues, so that made it even more unusual that there would be this deal cut and arrangement made to get Democratic votes to elect a Republican speaker,” said Paul Beck, a professor emeritus of political science at Ohio State University.

Beck said he’d never seen anything like it during his time following the Ohio Legislature, even though there are more frequent leadership elections in the Buckeye State than there are in Maryland because of term limits.

The vote there ultimately ended up dividing both parties, with Democratic leaders who opposed Householder’s appointment stepping down after feeling as though they’d lost the confidence of the caucus.

“It was very old-fashioned politics, I would say,” said Thomas Sutton, a political science professor at Baldwin Wallace University in Berea, Ohio.

But in the months since the speaker’s race, the Republican Party has coalesced again around a shared agenda on social issues, he said.

A major difference in the Maryland race is that the minority party here hasn’t been so overtly marginalized in the recent past, Sutton said.

“One difference is that it looks like Busch was not just very effective at representing the Democratic majority, but that the Republicans felt like he was very open with them and that they are looking for something similar,” he said.

“In a place where you had a really consistent and unthreatened majority, where it would be really, really hard for the minority to ever end up in the majority, that’s where you see the majority party fracture a little bit,” she said. “And in Maryland, there is this history where, when someone becomes speaker, they get to be there as long as they want. So the position has become open and now anyone with that ambition has to take their shot.”

A slightly different phenomenon has existed until recently in the 63-seat New York State Senate, where a rogue group of eight Democratic senators refused to caucus with their fellow Democrats and set up their own caucus for seven years, handing control of the chamber to Republicans even though Democrats held more seats. The rogue Democrats rejoined the Democratic caucus a year ago – and then six of eight of them were taken out in last year’s Democratic primaries. Democrats have now regained full control of the chamber.

What’s next in Maryland

Any of the three speaker candidates in Maryland would be history-making.

Throughout state history, every holder of one of the “Big Three” offices – governor, Senate president and House speaker – has been a white man.

The fact that three qualified candidates, all with long tenures in the House and all from leadership positions, are courting votes from different corners of the party creates tremendous pressure, Eberly said.

The Legislative Black Caucus, which also intends to vote as a bloc, could play a role, with its 45 members. Regional considerations could come into play with candidates from the often-competing Baltimore and Washington, D.C.-metro regions. Generational and ideological divisions could also come into play.

“There are just so many dynamics at work here,” Eberly said.

Jones and Davis have said they’re trying to call all members of the chamber to drum up support.

As far as a push to vote unanimously as a Democratic caucus on the floor, Davis said, “That’s really just speculation or hearsay.”

Asked if he thinks the Republican Party casting the deciding votes for speaker would sow discord, Davis said he didn’t think the Republicans or any particular group would be choosing the speaker all on their own.

“The 42 Republican votes do not constitute the majority, so they can’t effectively be picking the speaker. Their 42 would have to be combined with some other votes,” Davis said. “…We have to get to 71. And it’s no different than a bill.”

Davis said he’s made no promises to any group to secure votes and won’t release a platform, preferring instead to set an agenda as a body after the speaker is chosen.

Jones said she hasn’t made any promises to any caucus or delegation and is focusing on one-on-one discussions with delegates.

She thinks the Democratic caucus vote will ultimately be the deciding factor in the race.

“I think given everything, [lawmakers] will want to have the majority coming from the party that’s in charge, the Democrats,” Jones said.

McIntosh said late last week that she had support from a number of delegates and hoped to have pledges from 60 members soon. She also said she believes the party will coalesce behind the victor in a caucus meeting.

“There has never been, in the history of the House, a Democratic nominee that has had it overturned by a combination of Republicans and a minority number of Democrats,” McIntosh told Maryland Matters last week. “I would find it hard to believe that many of my colleagues would go for that kind of scenario.”

“They are all solid candidates. Whoever the Democrats ultimately pick, it’s going to be a credible, qualified speaker. The upside for Democrats is that they can’t make a bad decision here,” Eberly said.