As she sat before her colleagues last month and explained her bill to bring a $15-an-hour minimum wage to Maryland, Del. Diana M. Fennell (D-Prince George’s) urged them to think about workers who are struggling to make ends meet.

“This legislation is long overdue,” she said.

Activists who lobby Annapolis for the working poor would certainly agree. But beyond this particular piece of legislation, they would also assert that even in a legislature dominated by Democrats, there has long been a notable absence of any kind of progressive economic agenda – until this year.

Beyond the “Fight for Fifteen,” which has attracted plenty of publicity, there are multiple examples of bills that have been introduced this legislative session designed to create economic parity, help close the gender gap, and aid the working poor. And there are multiple explanations why there haven’t been so many in the recent past – and why that is changing. 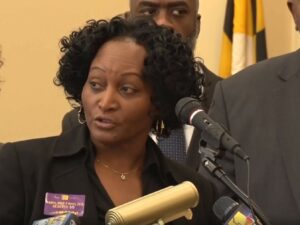 During Republican Gov. Lawrence J. Hogan Jr.’s first term, Democrats in the legislature, even with their supermajorities, sometimes felt like they were on defense, waiting to see whether Hogan would advance a conservative agenda. While Hogan was determined to hold the line on taxes and create the impression that “Maryland is open for business,” there were no attempts to dismantle the state’s social safety net or widen economic disparities – though he did propose a less robust alternative to paid sick leave legislation that has now become law. The state saw the creation of 126,000 new jobs during Hogan’s first term.

This year, despite Hogan’s reelection, Democrats have maintained their supermajorities in both chambers of the legislature, and have welcomed dozens of new, energetic and progressive members who seem to be ignoring Hogan as they advance their legislative agendas. What’s more, legislative leaders themselves have embraced a more economically populist agenda than usual – including the minimum wage bill and expanded tax credits for families that pay for child care.

Legislative leaders have also aligned with the top two priorities this year of the Maryland Citizens’ Health Initiative, which has long been a major player when it comes to pursuing progressive causes in the State House. One is to hold the line on pharmaceutical costs by establishing a Prescription Drug Affordability Board, and the other would solidify the federal Affordable Care Act by requiring all healthy individuals to purchase health insurance.

Neither bill is a slam dunk this session, but the prescription drug legislation has dozens of sponsors – and appears to have momentum.

“I think the fact that the leadership included these things among its priorities is very significant,” said Lawrence Ottinger, chairman of Our Maryland, a progressive group pushing for the $15-an-hour minimum wage and other measures.

The rise of economic populism in Annapolis comes at a time when the national Democratic Party is also undergoing a generational and ideological shift, with newly elected members of Congress and even some presidential contenders embracing a progressive wish list that includes Medicare for all, free college tuition, and higher taxes on the wealthy and major corporations.

Rising economic populism in Maryland may be directly attributable to what’s taking place down the road in Washington, D.C., where President Trump and congressional Republicans have cut taxes for the rich, attempted to trim government spending, and have begun to chip away at government aid to the poor.

“I think there’s a lot of momentum,” Ottinger said. “Maryland is a state with a tradition of trying to help working people. And I think we’ve reached a point nationally and in our state where Maryland can be a lead state, in reaction to what’s happening next door.”

Rallies and news conferences for the $15-an-hour minimum wage bill have been crowded and raucous, and dozens of activists and citizens came to Annapolis to testify during the marathon House and Senate hearings for the bill.

‘We haven’t been as organized as we are right now’

Even when Hogan’s predecessor, Martin J. O’Malley (D), was governor – a period of profligate taxing and spending in the view of Hogan and his allies – many of the ideological and emotional political battles that progressive groups mobilized around were over social issues. During O’Malley’s eight-year tenure, the state legalized same-sex marriage, passed the DREAM Act to protect immigrant rights, outlawed capital punishment, and passed new gun control laws.

While the state under O’Malley boosted education and transportation and infrastructure spending, and expanded casino gambling to generate more revenue, there were few signature populist economic initiatives enacted during his administration – or even high-profile fights. And even though the state and national economy have improved considerably since the Great Recession of a decade ago, wages remain stagnant for many people in the workforce. That’s an easy and digestible issue for progressives to organize around, McCray said.

“This is a moment, where we haven’t been as organized as we are right now,” he said. “It’s a little bit easier to have this conversation than it was four years ago. And I’m sure that it’s easier than it was eight years ago.”

The minimum wage bill has topped the list of economic populist legislation, but there are myriad other bills, some more ambitious than others – and some with more realistic chances of passing than others. These include bills to offer free meal programs at public schools during the summer, to increase fines for employers who pay their female employees less than male workers, and to increase corporate taxes.

The push for more laws and initiatives that promote economic equity can challenge state appropriators, said Sen. Nancy J. King (D-Montgomery), the chair of the Budget and Taxation Committee.

“We are swamped with requests, and being the new chair, I have a lot of new best friends,” she said. “For us, it becomes a matter of trying to look at who deserves [state funding] the most. There are a lot of good projects to look at.”

Perhaps the most utopian bill of the legislative session has been introduced by freshman Del. Gabriel Acevero (D-Montgomery). Acevero, a union organizer by profession, wants to establish the “Maryland People’s Fund,” which would use 25 percent of the revenues from the sale of medical cannabis to make annual payments to Marylanders.

The measure would allow the state to collect and invest the funds for seven years before beginning payouts. It would be modeled after the Alaska Permanent Fund, which uses revenues that the state collects from the oil and gas industry to make annual payouts to residents. That fund has existed since the mid-1970’s and currently stands at about $60 billion.

Acevero, who has 11 co-sponsors on his bill, said the payouts – which he envisions at about $12,000 a year – would go to the working poor first.

“What we are going to do is see where we can right the wrongs of injustice,” he said. “In the next 10 to 12 years, that foundation can come from the Maryland People’s Fund. This is something we can accomplish.”

But utopia often collides head on with reality.

Already, the $15-an-hour minimum wage bill has been watered down in both chambers of the legislature: The full-on effective date for the legislation has been pushed back to 2025 – and the Senate has a provision exempting small businesses from having to comply until 2028. A provision that would have increased the state minimum wage automatically based on the national Consumer Prince Index has also been scotched.

In an emotional speech on the Senate floor Monday night detailing his own childhood privation, Sen. Ronald N. Young (D-Frederick) sharply criticized the decision to delay the effective date.

This week, in the days leading up to “Crossover Day” next Monday, when bills must move through one chamber to guarantee a hearing in the other, will be a killing field for many pieces of legislation – and populist economic measures will not be spared.

Hogan has been openly skeptical of the $15-an-hour minimum wage since advocates began promoting it, and late Friday he officially entered the fray with a proposal to raise the minimum wage to $12.10 by 2022 and then put the brakes on subsequent increases until surrounding states collectively increased their minimum wages.

“I would submit to you that no matter how laudable the goal, we must consider the policy implications of a dramatic and untested increase in the minimum wage,” Hogan wrote to Busch and Senate President Thomas V. Mike Miller Jr. (D-Calvert).

There is little evidence, however, that lawmakers will heed his suggestion.

But just as there’s a surge of energy on the left in Maryland, a raft of economic populist bills is creating greater and louder opposition among business groups and conservative organizations in the state. 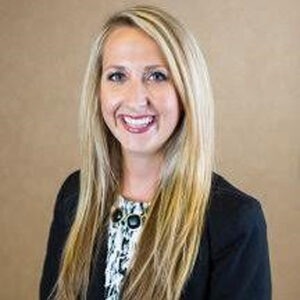 “We’re seeing new faces, new voices, on the business side, that we’ve never seen before,” said Cailey Locklair Tolle, president of the Maryland Retailers Association, who called the $15-an-hour legislation “the most damaging bill that the business community has seen for a while.”

David Harrington, a former Democratic lawmaker who is president of the Prince George’s County Chamber of Commerce, said progressive groups need to make a case for higher wages and other agenda items beyond employing rhetoric that it’s the right thing to do.

“The question is the unintended consequences of these proposals,” he said. “Do they hurt the people you’re trying to help? Let’s get some data. Let’s see how this hurts and helps business. The populist movement has to be grounded in some kind of data and makes sure what we’re doing is actually popular.”

One longtime business lobbyist, requesting anonymity in order to speak freely, said lawmakers are “piling on” business with all their “radical” proposals.

“I don’t think they can take much more of it,” he said.