Mothers Against Drunk Driving fought for years to make ignition interlocks mandatory for every person convicted of drunk driving in Maryland. Yet this lifesaving measure became law only after the tragic death of a Montgomery County police officer.

Noah Leotta, 24, was on a special DUI assignment the night of Dec. 10, 2015, when a drunk driver struck and killed him. Thanks to the courage of his family in the face of unimaginable grief, Noah’s Law now requires first-time convicted drunk drivers to provide a sober breath before starting their vehicles for a period of six months.

Noah’s Law means more drivers than ever are participating in Maryland’s ignition interlock program. But the Drunk Driving Reduction Act of 2016 does not apply to first-time offenders who admit guilt but avoid conviction through agreements known as probation before judgment, or PBJ.

This was never the intent of Noah’s Law.

Nearly half of the 20,439 DUI arrests in Maryland in 2016 ended in PBJ agreements, according to a 2018 status report by the state Department of Transportation. That means thousands of offenders are avoiding these lifesaving devices.

Legislation introduced by Sen. Will Smith and Dels. Vanessa Atterbeary and Jazz Lewis honors the true spirit of Noah’s Law by requiring all first-time drunk drivers who enter into PBJ agreements to use an ignition interlock for 180 days.

Ever since an alcohol- and marijuana-impaired driver killed my 16-year-old daughter while she was out rollerblading on a June afternoon in 2000, I have done everything in my power to eliminate this violent, 100 percent preventable crime. We know that ignition interlocks are the only technology available today that separate drinking from driving, and that is why they are a cornerstone of MADD’s Campaign to Eliminate Drunk Driving. 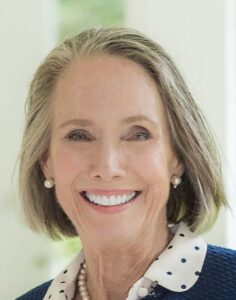 As a mother who will grieve the loss of my daughter for the rest of my life, there is no way to measure the tragedies ignition interlocks have stopped. I cannot measure the children and spouses and parents who made it home safely because somewhere this technology kept a drunk driver from starting their vehicle.

That is why it is vital that every drunk driver, including first-time offenders, install an ignition interlock on their vehicle.

If you don’t think drunk driving is still a threat on our roads, consider this: It remains the No. 1 killer, and the numbers are rising. Nearly 11,000 people died in drunk driving crashes across the nation in 2017, including 186 in Maryland, representing more than a third of all traffic deaths in the state.

When I think of the tens of thousands of drunk-driving attempts ignition interlocks have stopped, I can only imagine how many more will be prevented by a proposal that ensures Noah’s Law applies to every drunk driver.

What I cannot imagine is the tragic alternative.

The writer is the national president of Mothers Against Drunk Driving.