U.S. House Democrats on Friday passed a broad election reform and ethics bill that they’ve made their top legislative priority this Congress.

The legislation, referred to as H.R. 1, passed the House on a vote of 234-193 on Friday along party lines. Its passage marks a symbolic win for Democrats, who seized control of the chamber this year after eight years in the minority. But the measure is unlikely to get a vote in the GOP-controlled Senate or make it to President Trump’s desk.

“For months, for years, really for decades, millions of Americans across the country have been looking at Washington and feeling like they’ve been left out and left behind,” Rep. John P. Sarbanes (D-Md.), the lead sponsor of the bill, said Friday outside the U.S. Capitol.

H.R. 1, Sarbanes said, seeks to “restore ethics and accountability, to fight back against the interests of big money in our politics, and to make it easier, not harder, to register and vote in America.” 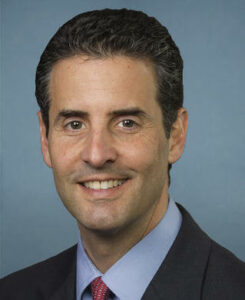 Republicans in the House and Senate have opposed the bill, warning that it’s unconstitutional, would limit political speech and would use taxpayer cash to fund political campaigns.

House Democrats “want the government to interfere in our free and fair elections,” House Minority Leader Kevin McCarthy (R-Calif.) said in a video posted this week. “It’s not designed to protect your vote. It’s designed to put a thumb on the scale of every election in America and keep the swamp swampy.”

Senate Majority Leader Mitch McConnell (R-Ky.) called the effort a “power grab” by the Democrats. He has also called the bill a “parade of horrible” and said he wouldn’t hold a vote on it in his chamber “because I get to decide what we vote on.”

Democrats are using McConnell’s comments against him.

“One senator said this is a power grab. Yes it is, it’s a power grab for the American people,” California Democratic Rep. Zoe Lofgren said Friday.

Democrats in both chambers intend to use the House passage of the bill — and the expected inaction by the Senate — as a messaging tool. They think GOP opposition to the bill won’t go over well with voters.

House Speaker Nancy Pelosi (D-Calif.) said ahead of the vote, “Let us look to the Senate and say, when we pass this bill, it’s not just what happens on this floor, it’s the message it sends to the American people.”

Pelosi added, “We’re not going to end until we win. … We can save a lot of time by the Senate just agreeing to the ‘For the People’ agenda.”