Five years ago, when I arrived in Annapolis wide eyed and bushy tailed, I noticed the need for a platform for bills aimed to improve the quality of life of women. Its purpose would be to showcase a diverse array of legislation in a fashion accessible to the public.

I was interested in providing a space for female legislators of color and female lawmakers in general, regardless of tenure, to present their bills and invite the public to participate in their respective public hearings. The idea was to provide the public with a “take away,” to increase the public participation in advocating for issues that normally are not tracked or followed by paid lobbyists.

And so the Women’s Rally was created. It would take place on Lawyers Mall, preferably on a holiday evening to aim for a greater turnout.

This President’s Day was no different. Women from all over Maryland rallied for legislation to “improve conditions for working women and their children; improve conditions for incarcerated women,” said Delegate Pam Queen (D-Montgomery), who led this year’s rally. The showcased legislation addressed issues of economic security, healthy families, violence against women, and reproductive justice. 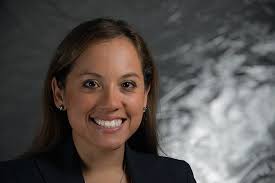 The speeches were powerful and heartfelt. Sen. Susan Lee (D-Montgomery) presented her legislation on the treatment of pregnant imprisoned women who are placed in restrictive housing, which means solitary confinement, resulting in punitive treatment for being pregnant. SB 809 will be heard in Senate Judicial Proceedings Thursday, Feb. 21 at noon.

The treatment of pregnant workers was another initiative pushed for Monday night. Andrea Johnson of the National Women’s Law Center presented on the need to guarantee protections for pregnant workers who are forced to take unpaid leave until they are ultimately left off the work schedule, resulting in a de facto termination during a time when these workers need their employer-provided healthcare coverage the most. Current state law provides reasonable accommodations for pregnant workers only if they can prove a complication with their pregnancy. SB 518 will be heard in Senate Finance on February 28 at noon.

Under the umbrella of healthy working families, Del. Ariana Kelly (D-Montgomery), presented her bill on paid leave for caregivers, particularly as it relates to working mothers. Kelly has been carrying legislation for paid family leave for multiple sessions. This program would work like short term unemployment insurance for people taking up to 12 weeks to take care of themselves or a loved, or struggling with a serious illness, or the birth of a new child.

“One in four working mothers in the US return to work 10 days after giving birth!” asserted Kelly, the bill’s sponsor, bringing home the point that government needs to do more to support working mothers. “As we face life’s joys and challenges, everyone needs a little time to care. This program support families and strengthens our workforce.”

While the House has already heard the bill, companion legislation, SB 500, sponsored by Sen. Antonio Hayes (D-Baltimore City), will be heard in the Senate Finance Committee.

There is a definite culture shift in Annapolis. It has been said that the legislation our elected leaders draft are a reflection of the values they stand for. From the three-hour sexual harassment training every member and staffer was required to take, to the 72 female elected members in both chambers, it is very clear that, as the energy showcased at the Women’s Rally, these warrior women are just getting started.

The writer is an attorney and former member of the Maryland House of Delegates.

Montgomery County pitches itself to businesses in states with abortion bans

Opinion: We need a post-Roe special session in Annapolis

Now that most of the races have been called, it’s time to talk about abortion access.