It might seem a futile exercise to try and pick among the many and never-ending horrible things that Donald Trump has done since he was elected president. There are new candidates every day, every hour, every tweet.

The narrative about Trump is one of constant shock. We have learned not to say that things can’t get worse because they always do. The phrase “constitutional crisis” has become a part of everyday conversation. Trump routinely violates norms of civilized behavior as well as long-standing perceptions of acceptable political boundaries.

Trump has repeatedly called the free press “the enemy of the people.” He regularly engages in racist, sexist and xenophobic language. The declaration last week of a “national emergency” as justification to build a wall along the border with Mexico is a direct challenge to the constitutional system of separation of powers.

And, as any reader of these words knows, the list of Trump outrages is much longer and raises fundamental concerns about the viability of our democratic system.

On the bright side, there is clear evidence of fighting back, of resistance, to Trump and the threat he poses. Sixteen states have already filed suit to challenge his executive order. Democrats gained control of the House of Representatives in 2018 largely as a backlash to Trump’s presidency. The press has shined a bright light on the transgressions of his administration. And, of course, we are all waiting for Robert Mueller’s report.

Even if Trump is eventually forced from office or defeated for re-election in 2020, however, the damage he has done will remain. Although some actions will be reversed, the damage to the environment and the influx of conservative judges in the federal court system will live on. The biggest challenge I see is that so much of the destruction left in Trump’s wake was neither calculated nor deliberate but the byproduct of mindless destructive behavior.

Let me illustrate my contention with two examples. Much of the fury of his presidency has focused on his efforts to get a symbolic wall built. While it has been essential to counter those efforts, I don’t think he really cares at all about the wall. Building it was a promise made to appeal to the emotions of supporters during the 2016 campaign. At this point, he would rather run in 2020 on his continued fight for the wall than on having gotten it built.

When opponents cite statistics about the decline in illegal border crossings or the lower rate of crimes committed by immigrants, Trump and his supporters couldn’t care less. He is a pathological liar and a raging narcissist, but he is also coldly calculating. Trump will do and say anything that keeps his political arguments alive and viral. Our mistake is thinking that he actually cares about the outcomes. 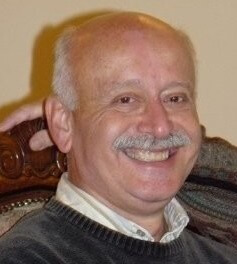 That characteristic is, in my opinion, the worst thing about him and the greatest threat to our political system. He will heedlessly do anything to advance his personal political fortunes without any regard for the broader damage that it may cause.

Take the emergency declaration. Republicans are terrified that the next Democratic president will claim the right to restrict gun ownership or impose strict environmental rules under a similar rationale. While Trump can be seen as taking an “apres moi, le deluge” view of the world, he really doesn’t care if he wins or loses on his emergency claim. He cares more about continuing the fight and the chaos it generates.

Did he misspeak at his emergency announcement when he said he didn’t really need to do it this way? Maybe, or maybe he is indifferent to the legal outcome of the fight. From his vantage point, he wins either way.

The same indifference can be seen in Trump’s tariff wars. Lots of observers have pointed to the economic damage being done to voters in his base, another “fact” that he casually brushes aside. Trump is not offering solutions; he is instead the “courageous warrior” fighting valiantly for “principles” that are only vaguely understood by his supporters and not really of any concern to him.

What Trump ultimately represents is the utter and total triumph of cynicism over any real policy goals or principles. As a result, he is unmoved by the broader or long-term implications of his actions. Has he undercut the constitutional system of checks and balances? Has he given license to racists to act out their prejudices? Has he undermined the international system that provided relative stability in the post World War II era?

The answer to all three of those questions and many more is that he didn’t even consider the consequences. It is that mindlessness that may well be the most enduring legacy of the Trump presidency. And the most dangerous and destructive.

The writer is a political columnist and higher education consultant.