Democrats in the Maryland General Assembly are advancing a progressive agenda this year – and voters largely approve.

That’s according to the latest Goucher Poll, taken recently to gauge voters’ opinions on a range of issues, including increasing the minimum wage to $15 per hour, legalizing the recreational use of marijuana, raising the age for tobacco use, banning Styrofoam containers, and legalizing an aid-in-dying option. Marylanders were also asked about racial justice, spending on public education, and the environment.

The poll of 808 Maryland adults was taken Feb. 7-12 and had a margin of error of 3.4 percent. Here are voters’ opinions on some of the key issues before the General Assembly:

“The Democrats in the General Assembly have laid out a robust set of policy proposals this legislative session,” said Mileah K. Kromer, director of the Sarah T. Hughes Field Politics Center at Goucher College, which conducted the survey. “Our poll results suggest that much of their agenda is popular with the general public. Some of these issues, however, are contentious and will face formidable opposition from organized interests on their way to an uncertain fate at Gov. [Lawrence J.] Hogan’s desk.”

Poll respondents were also asked about state spending on public education, a perennial argument in the State House. Sixty-four percent said the state spent too little, 24 percent said about the right amount, and 7 percent said too much.

When it comes to the issue of race, majorities of white and African-American Marylanders said race relations in Maryland have gotten worse over the past few years. But their opinions diverged on other issues of racial justice. 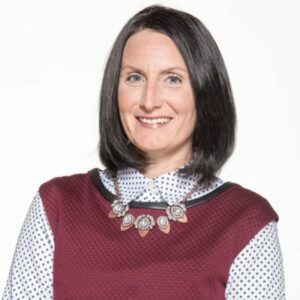 Thirty-nine percent of Marylanders agreed with the statement that “people of all races receive equal treatment by the police in your community.” Among black voters, only 18 percent agreed, while 47 percent of white voters agreed.

Asked whether “race relations in Maryland have gotten worse over the past few years,” 53 percent of all Marylanders replied yes. Fifty-four percent of both African-American and white voters agreed with the statement.

Asked whether “the criminal justice system in Maryland treats whites and blacks equally,” 24 percent of Marylanders said yes, though only 10 percent of black voters agreed, compared to 30 percent of white voters.

When it comes to the health of the environment, Marylanders expressed nearly identical positions to the views they held in an October 2014 Goucher poll. Sixty-two percent of residents rated the health of the environment in Maryland as either “poor” or “fair,” while 36 percent rate it as “excellent” or “good.” A large majority – 86 percent – said they are “very” or “somewhat” concerned with pollution in the Chesapeake Bay; 13 percent said they are “not at all” or “a little” concerned.