Right now, Maryland lawmakers are considering the Clean Energy Jobs Act, a bill to move the state to 50 percent renewable energy by 2030. A growing number of governors, states, electric utilities and more than 100 cities have already committed to achieving 100 percent. By supporting the Clean Energy Jobs Act, Gov. Hogan would be in the company of leaders from across the political spectrum investing in the clean economy. That includes Maryland’s neighbors, Washington, D.C., and New Jersey, who just last year set inspiring renewable goals. Now it’s time for Maryland to act.

Raising the bar on renewable energy is a commitment to do more of a good thing. The cost of solar and wind have dropped more than 70 percent in the last seven years, growing two of the most promising industries across the country. As states, cities, utilities and companies of all sizes increasingly recognize renewables as better investments than fossil fuels, solar and wind jobs continue to grow, and today more than 360,000 workers in those two sectors alone are helping build the clean economy.

With the Clean Energy Jobs Act, Maryland can ensure that the renewables are an integral part of Maryland’s economy. In the last decade, Maryland-based clean energy companies have flourished, generating local economic investments. That growth has created thousands of jobs, including 5,000 jobs in solar industry. Last spring, the Bureau of Labor Statistics forecast that solar installers and wind turbine technicians — local jobs that can’t be exported — will grow “much faster than the average for all occupations” in the coming years. 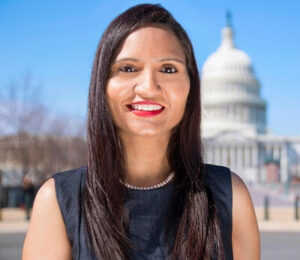 Renewable energy, and solar in particular, is extremely popular with voters across the political spectrum, regardless of party. Polling shows that the majority of Marylanders support the Clean Energy Jobs Act, and more than 600 faith, community, labor, business and environmental groups in Maryland have already endorsed the measure.

New investments and new jobs aren’t the only economic gains to be made from this bill. This bill is a step forward in safeguarding against future economic losses resulting from climate change and the financial cost it imposes on human health.

It is time for Gov. Hogan to reflect the will of the Maryland’s communities and businesses and signal to the world that the state is ready to usher in the 21st-century economy.

At the annual Annapolis summit earlier this year, Gov. Hogan noted that he is proud of Maryland’s current renewable portfolio standard. As Mike Tidwell of Chesapeake Climate Action Network commented, “Gov. Hogan has the opportunity to be even more proud by supporting the Clean Energy Jobs Act.”

The writer is the mid-Atlantic director for Vote Solar, a nonprofit that works to make solar and clean energy a mainstream energy resource. Follow her on Twitter @parikasotia.

Opinion: Is Offshore Wind a Prudent Way to Decarbonize?

What is Maryland’s big picture? How do all the pieces fit together into an integrated reliable electric power system?

2022 Climate Bills Will Focus on Electrification, Including School Buildings and Buses

Fighting Climate Change, One Vine-Covered Tree at a Time

Luke Caron, a college student from Silver Spring, crouched in a tangle of bushes, trees and vines near a busy Takoma Park thoroughfare the…