Maryland lawmakers will hear testimony this week on a measure that would give counties potential veto power over the Hogan administration’s $9 billion plan to widen the Capital Beltway, Interstate 270 and the Baltimore-Washington Parkway.

The bill, sponsored by Del. Brooke E. Lierman (D-Baltimore City), would extend power that nine Eastern Shore counties have had since the 1970s to all Maryland subdivisions. It has the backing of transit advocates and others opposed to the plan Gov. Lawrence J. Hogan Jr. (R) announced in 2017.

If approved, the elected leaders of Montgomery, Prince George’s, Frederick and other affected counties would gain the power to block state plans to widen I-495, I-270 and the parkway by two lanes in each direction.

The administration has proposed using a public-private partnership in which private sector firms would foot the bill for construction of the new lanes in exchange for the right to charge tolls on them. 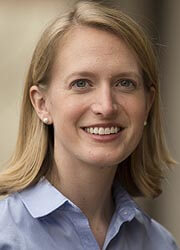 Lierman’s bill gets a hearing as the head of a key House panel served notice Tuesday that he will not allow the state to force motorists to pay tolls on lanes they can currently use free of charge.

“I don’t want I-270 widened between Gaithersburg and the Beltway. And I don’t want the number of free lanes to be diminished,” said Del. Kumar P. Barve (D-Montgomery), chairman of the House Environment and Transportation Committee.

“If there are [new] reversed lanes that are managed and tolled, I’d be fine with that. As long as my constituents have the ability to drive on the same number of free lanes as they currently do,” he said.

Barve withheld comment on the Lierman bill, which has 22 cosponsors, pending Thursday’s hearing before his committee. A companion bill, backed by Sen. William C. Smith Jr. (D-Montgomery), has nine sponsors.

Gary V. Hodge, vice chairman of the Maryland Transit Opportunities Coalition, said the measures would restore “the traditional consultation and collaboration that has prevailed in Maryland for decades between Maryland’s counties and the state on major transportation projects.”

Lierman’s bill would prohibit “a toll road, toll highway, or toll bridge … without the consent of a majority of the affected counties.”

For charter counties, that would mean a joint policy decision by the executive and council, said Hodge, a former Charles County commissioner and longtime former head of the Tri-County Council for Southern Maryland.

Lierman’s bill would expand powers granted to nine Eastern Shore counties in the 1970s when local leaders began to express concerns about where a new Chesapeake Bay bridge might be built.

Local leaders in Montgomery and Prince George’s have yet to embrace Hogan’s plan. They fear that homes and other structures will be taken by eminent domain and that lower- and middle-income motorists will not be able to afford the tolls charged by the road builder, who will need to maximize revenue to offset construction and borrowing costs.

“I oppose widening the footprint of I-270 between Gaithersburg and the Beltway,” Barve said. “The possibility of widening I-270 north of Gaithersburg, where it narrows down to two lanes [in each direction], I think that’s the first thing that the Department of Transportation should consider.”

Barve echoed statements made by county leaders regarding the state’s interactions with the communities impacted by the Hogan road plan.

“A lot of counties have felt that they haven’t been listened to. … They have not been brought into the discussions, into the planning, into the room in any way. And this is problematic for me, and it should be problematic for any Montgomery County legislator,” he said.

Del. Michael A. Jackson (D), chairman of the Prince George’s delegation, expressed the same sentiment.
“We weren’t at the table. And we should be at the table,” he said. “And we’re waiting of the invite.”

Maryland Transportation Secretary Pete K. Rahn has held briefings with state legislators and has pledged to expand the Maryland Department of Transportation’s communication with the public.

Rahn has insisted that private sector firms that have come up with innovative transportation solutions around the globe are eager to bid on the Maryland work.

“We are going to find a way to solve this before the end of session,” Barve said. “Were going to have a solution of some sort. I don’t know what that solution is going to be. … The people of Montgomery County and Prince George’s County won’t have a reduction in the number of non-tolled lanes that they currently have.”

“I don’t buy the idea that one jurisdiction or two jurisdictions should have veto power over [projects] that benefit the entire state and region,” he said.

The race for comptroller appears to be the closest of the statewide contests, according to a recent poll from the Sarah T. Hughes Center for Politics at Goucher College.