The contributions violated a campaign finance law that went into effect in the most recent election cycle. The law closed the state’s so-called LLC loophole, preventing multiple corporate entities controlled by a single individual from each contributing to a political candidate.

In previous election cycles, multiple entities affiliated with one individual or corporation could each contribute to a single political candidate or political action committee – up to $6,000 per entity, the maximum contribution allowable to state and local candidates in Maryland.

The developer in question, Richard S. Cohen, the chairman of Willco, a major commercial real estate company based in Potomac, has been well known in political circles for using multiple corporate entities in previous elections to support his favored candidates. He tried to do the same for Hogan this election cycle but then realized he was violating the law. 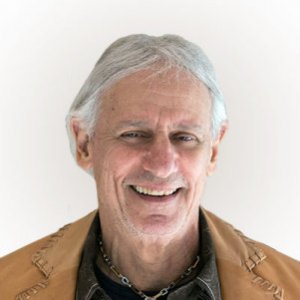 Thomas E. Kelso, chairman of Hogan’s reelection campaign, said Friday that when Willco’s entities first made the multiple contributions, the developer assured him that he had checked with a campaign finance expert to make sure the contributions were legal. Later, Kelso said, after consulting with another campaign finance expert, Cohen received contradictory advice and asked the Hogan campaign to refund the money.

“He asked us for the refund and we happily complied, because we absolutely wanted to comply 100 percent with the new law,” Kelso said.

Kelso, who was appointed chairman of the Maryland Stadium Authority by Hogan, said the campaign didn’t flag the contributions as improper because it was unclear what the ownership of each Cohen-affiliated entity was. The state puts the burden on the donor, not on the campaign, to ascertain that the law preventing contributions from multiple affiliated entities is being followed.

According to Hogan’s latest campaign finance statement, which covers activity from Nov. 14 to Jan. 9, refund checks were written to the following entities, all on Nov. 15:

Every one of these corporate entities has the same address: 7811 Montrose Rd., Suite 200, in Potomac. And every entity reports some corporate connection to Cohen or Willco.

Cohen could not be reached for comment Friday. The Cohen family has been prominent in Washington, D.C., real estate for several decades, and Willco has office, industrial, retail and residential holdings through the D.C. region.

According to the Willco website, Cohen has led the company since 1973; one of his best-known projects was the restoration of the historic Mayflower Hotel on Connecticut Avenue in D.C. Family members have been potent political donors and philanthropists through the years.

It is not clear whether the company could be fined for campaign finance violations. Jared DeMarinis, director of candidacy and campaign finance at the Maryland State Board of Elections, did not respond to phone and email messages Friday.