Is it too early to speculate about the election for governor in 2022?

Of course not! Admit it – you’re doing it, too. And there are probably some potential candidates out there who are thinking about it as well.

The truth is, we don’t know what the political terrain in Maryland – or the nation – will look like in four years. It’s not even worth speculating about, especially in the Trump era and in the era of social media, where the ground shifts every five minutes or so.

But we can make a few observations:

There are no easy-to-peg frontrunners in either party, though there could be. Lt. Gov. Boyd K. Rutherford would be the obvious potential successor to Gov. Lawrence J. Hogan Jr. on the Republican side, if he wanted to run. He hasn’t shown much of a zest for politics during his career, though, even if he is a very good campaigner. 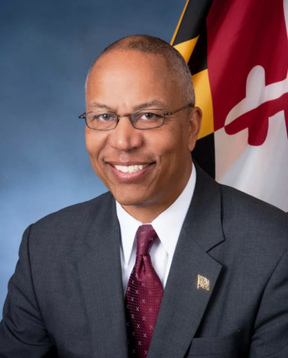 Among Democrats, there’s no mayor of Baltimore or big-county executive who will be finishing a second term in 2022 who might automatically look at a run for governor as the obvious next step. The county executives on this list will be finishing their first terms – which doesn’t mean they wouldn’t run, just that there isn’t that logical sense of progression that you get from a second termer. No incoming county executive ought to be thinking much about a statewide bid in 2022 at this point; they should be focusing on their jobs.

State Comptroller Peter V.R. Franchot (D) could be formidable for a whole host of reasons. But we can also list several reasons why it doesn’t make sense for him to run.

Redistricting in 2019, followed by redistricting in 2021, could change the state’s political dynamic, and the cast of characters who would consider a run for governor, considerably. Some members of Congress could be looking for a job in four years.

One thing the elections of 2018 did was diminish the Republicans’ bench and replenish the Democrats’. That’s a welcome and needed result from the Democrats’ perspective.

So here’s the early line on the 2022 campaign. Let us stipulate that people could come forward in the next four years that no one has even thought about…

Harford County Executive Barry Glassman: He was one of three Republican state legislators elected to a “Big Eight” county executive post in 2014, and now he’s the last one standing – and he just swept to reelection. He’s a sheep farmer, a nice guy, and a steady hand at the till.

U.S. Rep. Andrew P. Harris: He’s probably too conservative to be elected in a statewide general election, but as the only Republican in the state’s congressional delegation, he deserves consideration and respect if he wants to run.

Howard County Executive Allan Kittleman: Yes, he was swept out by the Blue Wave Tuesday, but he’s an adroit politician and even more moderate politically than Hogan. Will he go back to practicing law now? His beautiful gesture of conceding Tuesday night by heading to County Councilman Calvin Ball’s (D) victory party and hugging Ball will remained etched in people’s minds for a long time.

Lt. Gov. Boyd K. Rutherford: Everyone knew Rutherford would be a good governing partner for Hogan, but he’s displayed ability on the campaign trail, cut some hilarious, nerdy policy videos, and proved to be a decent fundraiser as well. The big question is whether he wants to stay in the political game.

Former Republican National Committee Chairman Michael Steele: Every so often, Steele, the former lieutenant governor and U.S. Senate nominee in 2006, gets the political itch and publicly ponders another run for office. He certainly has star power and sharpened political skills. The question is whether his frequently-stated apostasies against President Trump and the modern GOP on MSNBC would cost him in a Republican primary.

Prince George’s County Executive-elect Angela D. Alsobrooks: Everybody’s already talking about her political future, and she has undeniable savvy and star power. But to her credit, she’s laser-focused on the job at hand. Being Prince George’s executive is one of the toughest gigs in the state, and even with her estimable blueprint for governing there, she is going to take her lumps. She’d certainly prefer to wait until 2026, but politics is situational… 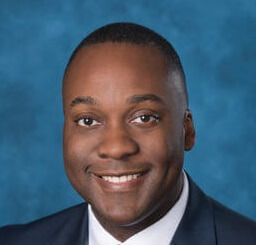 Howard County Executive-elect Calvin Ball: The calendar doesn’t really work for him, either, but he has considerable political talent as well – and he’ll have the added bonus of presiding over a county that usually runs pretty smoothly.

U.S. Rep. John K. Delaney: Unless he’s elected president in 2020 – a long shot, as even he would acknowledge – he may be looking to do something else politically, and he’d certainly have the resources to compete. Many political professionals believe he could have been formidable as the Democratic nominee this time around.

Comptroller Peter V.R. Franchot: The upsides: He’s the most popular Democrat in the state, based on electoral performance, with an ability to go deep into territory where the Dems are usually getting clobbered. He’s got $1.1 million in his campaign account already, a ridiculously well-oiled political operation, a high-profile gig, and a talent for attracting headlines. The downsides: The Democratic establishment hates him (which may be an upside as well); prime Democrats don’t always appreciate his coziness with Hogan; we don’t really know what he stands for at this point, only who he enjoys needling; and he’ll be 75 in 2022. Not that he can’t be a vigorous campaigner or governor at that age, but we wonder whether he’s at the stage of life where he wants to put in the work to get elected.

Former Attorney General Douglas F. Gansler: He would definitely like to be governor and can’t help but wonder whether he could have beaten Hogan if he had wound up the Democratic nominee in 2014. He shows up at political events from time to time and remains one of the state’s great political kibitzers. But by 2022 he’ll have been out of office for eight years and has zero political operation.

Del. Brooke E. Lierman (Baltimore City): She’s smart, savvy, incredibly hardworking, comes from good political bloodlines, and already there’s a buzz about her. She’s presumed to be extremely ambitious, but it’s unclear what her desired path or her timetable would be.

Former Del. Heather Mizeur: She remains politically active, though not very visible. She ran better than expected in her 2014 run for the Democratic primary. And just as important, she retains a loyal following. Will she be ready for another rodeo in 2022?

Baltimore County Executive-elect John A. “Johnny O” Olszewski Jr.: Someone else who would probably prefer to serve eight years before thinking about a statewide run, but he’ll be urged to look at the race anyway. He ran a different kind of campaign for Baltimore County, he’s smart on policy, he’s genuine progressive, comes off like the boy next door, and will be on Baltimore TV an awful lot.

Democratic National Committee Chairman Tom Perez: He’s likely to be at the DNC through 2020, and if he can help elect a Democratic president then, he’d been in line for a top job like U.S. attorney general. But if that doesn’t work out, would he return home and look to run for governor? Is the U.S. Senate a better fit for him? Deep in the back of his mind, he may wonder whether he should have run for governor in 2018.

Anne Arundel County Executive-elect Steuart Pittman: See Ball, Johnny O, et al. A little early for him to be thinking of statewide office. But he sure ran a terrific campaign this year and thinks a lot about politics and policy.

Rep.-elect David J. Trone: He, more than any member of the congressional delegation, may feel the squeeze from the court-mandated redistricting that’s going to take place next year. And he, above all others, has the resources to compete for whatever office he wants.

Former Howard County Executive Ken Ulman: Continues to be well-liked among establishment Democrats, and continues to harbor political ambitions, even as he’s enjoying his current gig as a consultant to development projects near the University of Maryland and Towson University campuses. College Park is already being transformed – a tangible, impressive thing that Ulman can partially take credit for. What’s his timetable for a political comeback? We’ll know soon enough.

Former Obama administration official Krishanti Vignarajah: Everyone who met her during her campaign for governor in 2018 came away impressed, even though her campaign operation needed improvement and she was dogged by questions about her residency. Those are problems she can take care of in the next four years, and she’s already signaled her willingness to remain visible on the political circuit.

State Sen.-elect Mary Washington (Baltimore City): She has a certain understated star quality and gutsiness, street smarts and political smarts, and a willingness to take on entrenched interests, which could appeal to certain parts of the electorate. She has an ability to see the big picture and if nothing else is an Annapolis lawmaker to watch.