The opportunity to build political power in Baltimore is on the ballot this election. The movement toward small donor public financing of elections is not just a way to help candidates without extensive resources raise money, it is also a critical part of the growing effort to limit the tainting influence of big money in local politics. It is necessary to ensure that the government – our government – is representative of the interests of all people, not just those with deep pockets.

On Nov. 6, Baltimoreans should vote YES on Question H, which would amend the Baltimore City Charter and begin to weed out corrupting political dollars.

There are many new candidates vying for elected office this year. These women, people of color, LGBT and working-class candidates could bring important perspectives and new policy ideas to improve people’s lives, but only if they are elected. And as elections get more expensive it becomes even more imperative that our democracy allows qualified candidates with limited means to run and win. 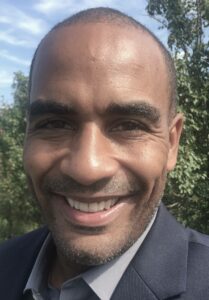 A forthcoming Demos analysis of donations to 2016 mayoral and City Council candidates in Baltimore shows that 76 percent of the total dollars donated by individuals during the election cycle—or $2.4 million—came from donations of $500 or more, while donations of less than $50 represented only 2.5 percent—or $80,000—of total contributions from individuals. Clearly, Baltimore is a prime example of a place where money is playing an expansive role in politics.

The Demos report also notes that the donor class in Baltimore is not reflective of the city’s demographics. For example, 32 percent of Baltimore residents are white and 63 percent are black, yet the donor pool in Baltimore is nearly the mirror opposite with 64 percent white and 32 percent black. And while the median household income in our city is just more than $44,000, Baltimoreans earning that amount or less make up fewer than 20 percent of donors. Meanwhile, nearly half—48 percent—of donations from individuals came from households earning more than $100,000.

If more hard-working Baltimoreans are going to be successful at winning public office, and if we want elected leaders who value voices as much as the dollars of elite donors and lobbyists, there must be a radical shift in how campaigns are funded.

Question H, which was put on the ballot after a Council vote and Mayor Catherine Pugh’s signature in July, would create the Fair Elections Fund and a commission to manage it. Fair Elections Funds allow candidates for elected office to qualify for limited matching funds for their campaigns in exchange for accepting limits on who they can accept money from and caps on the size of contributions from private donors.

In turn, participating candidates are likely to spend more time talking to everyday voters and thinking about policy that is in the interest of the people. Once elected, they are less likely to be beholden to wealthy donors and special interestswho often have dramatically different priorities than everyday people.

Passage this November will give the Council authority to design the public financing model that is best for Baltimore and work with the commission to recommend funding sources for the fund before candidates can access public dollars. Whatever the model, one thing is clear: public financing programs empower small-dollar donors and curb the power of big money in politics.

Today, there are dozens of active programs in states, counties, and cities across the country that provide public funds to candidates for political office. The oldest programs have been in place for more than four decades, while new systems are being proposed and enacted across the country and right here in Maryland.

Since 2014, both Montgomery and Howard counties have passed small donor public financing programs, and Prince George’s County just passed legislation. Earlier this year Washington, D.C., passed a small donor public financing system with a twist – a base grant program to complement matching funds, which promises to make running for office more accessible for all, regardless of their race or class.

A Fair Elections Fund represents a powerful way to make Baltimore’s elections more inclusive and accessible. There is urgent work to do to protect our democracy from those who seek to make it less representative and less responsive to the people. Voting Yes for H would begin to move the city in the right direction.

The writer is acting executive director of Maryland Working Families.