Is it an ego trip, or simply a mock? Is it a mandate he seeks, or is there a next stop? Is it the numbers, a feeling of joy? Or is what he feels, the real McCoy?

With polls in hand and reelection in sight, Hogan says he’s running as if he’s 20 points behind instead of 20 points ahead. That’s the sound of a candidate whose campaign is as flush with cash as Hogan’s – nearly $20 million of it.

Early voting’s underway, yet television’s still blasting out Hogan commercials like a continuous loop of visual shrapnel – Hogan the cancer patient, Hogan the bipartisan, Hogan the patron saint of blacks, Hogan the educator, Hogan the environmentalist, Hogan the roadbuilder – as if to say that, in political campaigns, money speaks louder than accomplishments.

He’s tucked away two important endorsements, those of The Washington Post and The Baltimore Sun, and who knows how many others in the outback’s smaller journals? Their value may be diminished in proportion to their decreased distribution, but endorsements are better to have than not if only for their feel-good worth. (In the bad old days, for example, in the golden age of tactile newspaper importance, those rapscallion political bosses used to calculate that an endorsement by The Sun was worth 25,000 votes in the Baltimore area and its editorial approval of city ballot questions guaranteed passage. But no more.)

Hogan may be up to something, and he may be up to nothing. It is in this sense, that for no reason other than the quirks of politics, that Hogan will enter the history books as a legend. Because Democrats, for two consecutive elections, have been unable to put forth electable candidates, Hogan will no doubt be inscribed as the first Republican governor since 1954 to win a second term.

And the other record that will doubtless be written is that, for two consecutive elections, Maryland Democrats, whose uncertain future is being built around swelling minority populations, have rejected black candidates for governor in a state with a 33 percent black population, the largest outside the deep south. If a thunderclap miracle occurs, as Ben Jealous, the Democratic candidate, is forecasting, there’s a full platoon of us in the political writing business (along with pollsters and academic thumb-suckers) who will have to choke on our words. 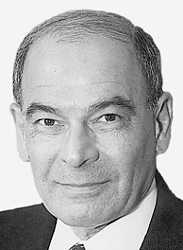 So what’s on Hogan’s gilt-rimmed plate? Let’s clean up the pipe-dreams first. Hogan certainly doesn’t have his baby-blue eyes fastened on the White House. After all, President Trump has said he’s in for the two-term long-haul. Besides, a president from Maryland? It hasn’t happened since John Hanson served as president of the Continental Congress and filled the non-existent executive role.

What’s more, there are no Senate seats available for a long time to come. Democrat Chris Van Hollen was recently elected to a six-year term, and Ben Cardin’s likely to be reelected this time around.

There’s intense speculation that Hogan suffers from a pre-existing condition: Inside bipartisan Hogan there’s a wild-eyed conservative crying to escape and revert to the Hogan who ran as a fiscal pinch-penny in 2014 along with a promise to shrink government.

No doubt, first order, is a mandate, a mandate so big and sweeping that hostile forces will be unable to resist or reject his proposals, even the two Democratic Mikes who run the State House – Senate President Thomas V. Mike Miller (Calvert) and House Speaker Michael Busch (Anne Arundel).

Governors, especially Republican governors, love to claim mandates. Yet in the State House there is only one mandate that counts – 24 votes in the Senate and 71 votes in the House. With those, it’s possible to do or pass almost anything. Without them, whoever claims a mandate is just another gasbag. A massive vote may signify public affection but it doesn’t translate into powers of persuasion with the General Assembly.

Redistricting is front-and-center following the 2020 Census. Hogan has been bellyaching about fairness. Yet he rarely mentions how his fellow Republicans have used gerrymandering to tilt Congress and a majority of statehouses in their favor. Redistricting is one instance where it behooves Maryland to be a follower rather than a leader.

There’s little doubt that Hogan will present a redrawn map that balances Maryland’s eight congressional districts to give Republicans proportional representation. Democrats will likely scribble their own boundary lines and send it right back. The current map was admittedly jiggered to give Maryland Democrats a 7-1 majority in the House. And its companion map, legislative reapportionment, gives Democrats lopsided majorities in the General Assembly. Which leads to. . .

Hogan is pouring on the last-minute schmaltz to see if his coattails are made of elastic. He’d like to drag into office with him enough Republican legislators to break the Democrats blockade of his proposals. Democrats now have the votes to override Hogan vetoes as they have 15 times in four years. Hogan needs five Republican votes in the Senate to break the grip. Then, suddenly, his vaunted bipartisanship may disappear.

Another part of the push may be to motivate voters to the polls during the early voting period. It’s possible to track voters and voting patterns to determine who voted and who didn’t during early voting. During the down-time between early-voting shutdown and election day, the focus would be on identifying and flushing out lollygagging voters to bolster turnout on election day.

And finally, at the top of the wish list may be Hogan’s fantasy of converting Maryland’s 2-1 Democratic majority into a mainstream Republican state, if not in name and voter registration then in actual voting habits, as has happened in many warrens outside the I-95 blue streak. For the dirty little secret is that Maryland is, and always has been, Democratic by tradition and not by ideological disposition.

In the early 1950s, the demagogic McCarthy era overlapping the somnambulant administration of President Dwight D. Eisenhower, the Democratic Party had veered sharply to the left and, in fact, was often portrayed as a front for the Communist Party.

A group of liberal Democratic intellectuals, including historian Arthur Schlesinger Jr. and economist John Kenneth Galbraith, formed Americans for Democratic Action to erase the stigma of communism. Schlesinger produced a book, a political tract, really, The Vital Center, which outlined a course correction for the Democratic Party to yank it back to the electable middle.

Hogan is regarded as one of the two most popular governors in the nation, along with Gov. Charlie Baker of Massachusetts, another Republican who is trying to govern as a centrist. Election night could be a dismal numerical occasion for Republicans. A number of GOP statehouses are contested and Democrats could reclaim the House, although prospects at both levels are tightening as election day closes in.

In the event they do happen, Hogan could be an emerging party star on an otherwise grim night. Such illumination could burnish his image as a national leader as he prepares to assume the chairmanship of the National Governors’ Association in 2020 as the choice of his fellow Republican governors. Hey, the GOP might be searching for a pom-pom boy sometime in the future.

Any or all of the above might be part of the Hogan closing argument. He’s throwing a lot of mulch at the wall to see what sticks.