Editor’s Note: As part of Maryland Matters’ new content sharing agreement with WTOP Radio, we present the third of a five-part series the station is airing, featuring interviews with registered Maryland voters. We’ll publish the final reports over the next several days.

In the series, “Voter Voices,” WTOP reporter Kate Ryan asked registered voters across Maryland what issues concerned them, and who would be getting their vote in the upcoming election for governor. From the crowds checking out the parade of horses at the Frederick County Fairgrounds to the shoppers looking for the freshest fish at Lexington Market in Baltimore City, Maryland residents were asked about what matters to them as they get set to vote in the general election on Nov. 6. Third stop: Baltimore City.

While Republican Gov. Lawrence J. Hogan Jr. and his Democratic challenger Benjamin T. Jealous crisscross the state and trade barbs ahead of the upcoming election, residents of Baltimore City go about their lives with a steady drumbeat of grim news reports in the background.

The city’s tally of homicides and opioid-related overdoses continues to tick upward. In the first quarter of 2018, there were 221 opioid-related deaths, up from 159 for the same period last year.

The city’s police department has been in turmoil, with a succession of police commissioners leaving — the latest candidate for the job, Interim Commissioner Gary Tuggle, announced he’d withdrawn from consideration for the top spot last week.

The police department’s own spokesman, whose younger brother was shot to death last summer, also resigned, saying he’d had it with the “political turmoil” swirling around the department.

But at Baltimore’s Lexington Market, where vendors offer everything from fresh fish and fruit to baked goods, Leo Fonseca, who introduces himself as “Mr. Leo,” is relentlessly sunny, offering a broad smile and warm greeting to everyone who approaches his kiosk where Avon products are on offer. “I’m a people’s person!” he declares with a laugh, inviting passers-by to check out the latest products, and pointing out a top-seller: the Skin So Soft cream. It not only moisturizes, but customers tell him it keeps mosquitoes at bay, too, he says.

When a reporter asks to attach a small microphone to his collar for an interview he says yes, but then asks: “You sure you’re not going to kill me now?” before bursting into laughter.

“I’m just messing with you!” the 80-year-old said. “When people tell me to be safe, I say, tell the crooks to be safe, because I’m a street person too!”

He laments the escalating violence in the city. “When we were teenagers, maybe the guys would fight each other — then you wind up being friends. The girls, the same way. They wasn’t shooting or cutting one another.” Shaking his head, he said, “People today, they just shoot and kill each other for nothing.”

Bruce DePuyt, a senior reporter with Maryland Matters, said Jealous’ strategy has been to target areas where he can expect to get support and to push for high turnout. The campaign is banking on Baltimore being once of those places.

“They believe they can reach and motivate the people they need to turn out at the polls. In some cases, they’re people who haven’t voted before because they’re very young, or they’re people who don’t tend to vote, but who might be motivated to vote this time,” DePuyt said of the Jealous campaign.

Asked about the upcoming governor’s race, Fonseca says he hasn’t voted in years.

“I haven’t voted in a while. I’m being truthful,” he said. Though he doesn’t vote, he’s got a request for whoever ends up as governor of Maryland: Help get Baltimore City’s violent crime under control.

“I would like for the citizens of Baltimore to be able to come out their house whenever you want to, sit on your porch, whenever you want to — without the little young people that’ll mess with you,” he said, referring to the April killings of a 65-year-old woman and a 22-year-old man who were shot to death as they sat on their porch on West Mulberry Street.

Fonseca draws a direct line between the violence and the city’s opioid crisis. “If they got rid of the drugs, they’d get rid of a lot of the nonsense,” he said.

‘He needs to let us know … what he stands for’

While Fonseca talked to a reporter, another man, Lawrence Green, stopped by to ask for change for a parking meter. Green handed over a $20 bill and Fonseca joked, “That’ll cost you $38!” and then, still laughing, he broke the $20.

As Green walked to the parking meter to avoid a ticket, he said he’s still considering who to vote for in the governor’s race.

“He needs to get out here and let us know what he represents, what he stands for!” Green said

Even though Jealous often refers to his ties to Baltimore, Green said: “Most of the people I know don’t know nothing about him.”

“I know his approval rating is good, I know he’s done a lot for Maryland,” Green said, before adding: “I’m a Democrat.”

Still, Green said that’s not an automatic vote for Jealous.

“I have to wait and see what type of information I’m going to get on Ben Jealous,” he said.

Wylie Shaw ambles on over to finish a cup of coffee and chat with Fonseca. “I never seen the politics go off the rails like it is now,” he said.

A registered Democrat, Shaw said he watches the news like a hawk ever since President Trump was elected.

“I feel as though he’s messing the country up, big time,” Shaw said of Trump.

Yet, when asked about the Republican governor running for reelection, Shaw said: “I only know bits and pieces about Hogan. I kinda like him. I don’t think he’s a right-wing conservative. I don’t look at him in that way.” 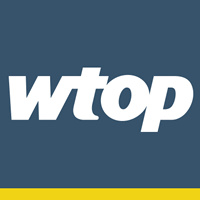 Democrats have tried, and in many cases, failed, to link Hogan, a Republican, to the Trump administration. It’s a comparison that has rankled Hogan, who complained to reporters about it in news conferences soon after Trump was elected.

Even though he said he has a favorable impression of Hogan, Shaw said, “When it comes time to vote, I’ll probably vote for Ben Jealous — because he’s a Democrat.”

‘Nobody knew nothing about this dude’

Robert Carter, who was on crutches after the recent amputation of one of his legs, came over to catch up with Fonseca and sign a card for a friend who recently passed away. Carter said no matter the party, politicians tend to overpromise and underperform. A veteran who used to be a registered Democrat and is now unaffiliated, he takes a harsh view of Jealous.

“Nobody knows Jealous. Just like Anthony Brown,” he said, referring to the former Maryland lieutenant governor who ran against Hogan in 2014. (Brown now serves in Congress).

Carter said Democrats count on the votes of urban residents, but seldom spend time in the neighborhoods where those voters live. Referring to Brown’s 2014 campaign, Carter said: “Nobody knew nothing about this dude. That dude didn’t have a chance in hell of becoming no daggone governor.”

He sees the same thing happening in the case of Jealous, who’s touted his time as president of the NAACP and his family ties to Baltimore. “What else did he do? Seriously, what did he do?” Carter asked.

Still referring to Jealous, Carter said, “He could walk, right now, in the pit of the ‘hood and nobody would know who this dude is. They wouldn’t even know who Hogan is — for real.”

Todd Eberly, associate professor of political science at St. Mary’s College of Maryland, said Democrats thought they might have more leverage over Hogan in Baltimore.

“Democrats have sort of counted on the idea that maybe they could use the cancellation of the planned Red Line in Baltimore City to undermine support for Larry Hogan,” he said. But the subject of the project that was left unfunded by Hogan in 2015 hasn’t affected the governor’s performance in the polls, where Hogan is 18 to 20 points ahead of Jealous.

A reluctant vote for Hogan?

Carter said the death of Freddie Gray, a 25-old man who died in the back of a police van in 2015, remains a divisive issue. While the city grapples with an accelerating homicide rate and an opioid crisis that has exacted a heavy toll, there’s little trust in the police. The department has struggled to attract and retain leaders, and even the police department’s spokesman, TJ Smith, recently stepped down, citing what he called “a systematic failure in policing in Baltimore”.

Turned off Democrats by policies dating back to then Mayor Martin O’Malley’s “zero tolerance” approach to street crime in which African-Americans were subject to being stopped and frisked, sometimes on flimsy grounds, Carter said he’ll seriously consider voting for Hogan.

But Carter says his won’t be an enthusiastic vote. It’s not because he doesn’t like Hogan; he described the governor as someone “who really does seem to care.” But because he said politics follows the money in places, such as Montgomery and Prince George’s Counties.

“Oh, they got crime and stuff, but not like here,” he said. “And any politician that comes in the ‘hood” — the poorest neighborhoods suffering the most violence, he said — ”they only come down here if it’s going to benefit them, not the people.”

Click here to hear the audio that accompanied this report.

Baltimore City — by the numbers