What the hell is going on in Maryland?

For that matter, what the hell is going on in this country?

Suddenly there is Republican exuberance everywhere – the longstanding narrative about the direction of this election cycle turned on its head. Not to mention longstanding assumptions about voter behavior in midterm elections.

Is it sustainable? Maybe. Maybe not.

But it sure has produced the inevitable counterpoint to Republican exuberance: Democratic panic, here in Maryland and from coast to coast. Here, there is the added effect of the Hogan umbrella, or Hogan halo – call it what you will. That Hogan continues to lead his Democratic challenger, former NAACP president Benjamin T. Jealous, in every conceivable penny-ante poll, is hardly surprising. That he leads by such gargantuan margins frankly feels like a surprise. But maybe it shouldn’t. 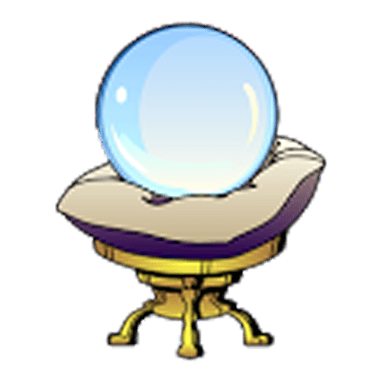 Political crystal balls are getting cloudier and cloudier

The potential length and width of Hogan’s coattails has always been an open question. But if the latest Gonzales poll showing Attorney General Brian E. Frosh (D) just 9 points ahead of his Republican challenger, Craig Wolf, and south of 50 percent at that, is true, it suggests that Hogan’s coat is made of a considerably more durable fabric than gossamer.

Make no mistake, Wolf is running a savvy race, and the single theme of his campaign – that Frosh is spending too much time suing Trump and not enough time fighting crime in Maryland – is easily digestible, if not altogether true. But surely Hogan’s brand – whatever it is and whatever voters perceive it to be – is rubbing off on Wolf and Republicans in competitive races everywhere.

Rare is the Republican who doesn’t now have a “Hogan endorsed” label affixed prominently to his campaign signs.

If Craig Wolf wins, then something has gone crazy in this world. Was that 9-point deficit just a function of timing? Was Wolf’s surprising showing directly attributable to the rising Republican engagement in the wake of the fight over Brett M. Kavanaugh’s nomination to the Supreme Court? Or is something else going on here?

I have never seen an election cycle like this. It has confounded and unsettled political professionals in both parties. I know what the trusted national pundits, like Charlie Cook and Stuart Rothenberg (both Maryland residents, by the way), are saying about the cycle and the norms of a midterm.

I know there’s a ton of Democratic energy most places (though maybe not as much in Maryland, which is another story). I know that midterms are usually about grievance, which favors the Democrats. I know, if you do a district-by-district analysis of competitive congressional races, you can make a pretty good case, even now, that Democrats will win the majority in the House of Representatives.

But Trump scrambles everything. His administration, his personal comportment, is so unlike anything we have ever seen in modern America – as is the unrelenting, exhausting, 24-hour-a-day media coverage. He defied the polls in 2016 and he could do so again. His staunchest supporters are unbreakably loyal. And there is no doubt a sub rosa Trump electorate out there as well. You just don’t know exactly where it’s hidden.

Hogan also scrambles everything. Don’t forget, his election in 2014 was largely the function of grievance as well. He wasn’t as bombastic or as nasty or as personally icky as Trump, but it sure fueled his campaign and won a broad swath of admirers across the political spectrum who felt they had been ignored for too long by the Democratic insiders in Annapolis.

Hogan’s genius is that, even as he has consorted with Annapolis insiders, appropriated some of the Democrats’ ideas and essentially governed like a few of his recent Democratic predecessors – just not, heaven forbid, Martin O’Malley – he has stayed relentlessly on message and hasn’t lost the outsider’s touch.

People forget (or ignore) that he’s been involved in Maryland politics all his life. The Democratic Party may be lurching left, nationally and in Maryland, but there are plenty of Democrats who are very comfortable with where Larry Hogan has led the state and are only too happy to vote Republican just this once. The Washington Post endorsement of Hogan, posted late Wednesday, while 100 percent predictable, makes a Hogan vote even more palatable for Democrats – especially in Montgomery County, where some Democrats hearken fondly back to the days when they could happily pull the lever for Republicans like Connie Morella.

Hogan has found the sweet spot. It, too, may not be sustainable, as Maryland changes demographically and becomes ever more politically polarized along a whole host of fault lines. But it’s more than just a moment. So many Democratic leaders seem privately willing – and in some cases, even eager – to stick with the devil they know (Hogan), win some policy victories, take their lumps on redistricting, and look ahead to 2022, when they can be saved by some mythic (and largely untested) figure like Angela D. Alsobrooks, the incoming Prince George’s County executive. That seems so much easier to them than having to deal with someone like Ben Jealous – who they don’t know and who would challenge the status quo way more aggressively than Larry Hogan ever does.

It’s that very attitude that may be diminishing Democratic enthusiasm here relative to other states. On the other hand, Trump enflames. Democrats and a host of progressive groups have been operating at outrage- and horror-fueled high energy levels since Jan. 20, 2017, if not before. And that has to amount to something.

I think there may be Democratic voters out there that the Maryland pollsters aren’t finding — not enough to save poor Ben Jealous, perhaps, but maybe enough to tip a couple of close races around the state. Even Maryland Republicans, who ooze confidence about the governor’s reelection prospects, will privately concede that the otherworldly margin between their man and Jealous could still narrow considerably.

Does Republican energy diminish now that Kavanaugh is settling in for a comfortable 30 years on the Supreme Court? Democrats better hope so. Because Democrats don’t do panic well. There is plenty of time to dissect what went wrong with the Jealous campaign, assuming he loses — why he wasn’t able to match the enthusiasm, attention and fundraising prowess of the other African-American nominees for governor, Andrew Gillum in Florida and Stacey Abrams in Georgia, and why this tyro’s campaign remained broke and went dark for two months after his impressive Democratic primary win.

There is also plenty of time to dissect why the Democrats, over a period of four years, have barely been able to lay a glove on Hogan, and why they could wind up with a 2-3 record in the last five gubernatorial elections when across the river in ostensibly purple Virginia, Democrats have won four of the last five. Maybe we’ll wake up the morning after Election Day and Maryland Democrats will have averted disaster.

Just as likely, we’ll be looking ahead to another spectacular period of Democratic finger-pointing and recrimination. Either way, it’s probably time to dispense with the notion that Maryland is a progressive state.