A state employee will go to court in November over claims that she was stripped of duties after a social media comment criticizing Democratic gubernatorial candidate Benjamin T. Jealous.

Candus Thomson, who most recently worked as a spokesperson for the Department of Natural Resources Police, alleges that she was removed from media duties after a post from her personal Facebook account referred to Jealous as an “assclown,” following reports that he’d vetoed a reporter as a panelist for a gubernatorial debate. 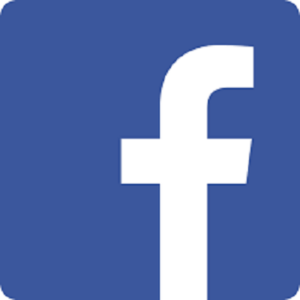 She is seeking a reinstatement of her media duties, along with an expungement of any human resources records of the incident. The lawsuit, first reported by The Daily Record, characterizes the removal of Thomson’s press duties as a “demotion.”

She has been assigned other duties at the department, according to the complaint.

“She was demoted and stripped of her media-related duties solely because she exercised her First Amendment rights on the personal Facebook page of a news-reporter friend in response to his posting about gubernatorial candidate Ben Jealous,” the complaint states, noting that the post was made at 5 a.m. Sept. 17 from Thomson’s personal iPad in her living room, before her working hours.

Thomson was responding to a conversation on the Facebook page of Daily Record reporter Bryan P. Sears about the Jealous campaign’s veto of Hagerstown Herald-Mail reporter Tamela Baker as a debate panelist.

The Jealous campaign subsequently withdrew the veto and accused the reelection campaign of Gov. Lawrence J. Hogan Jr. (R) of having “severely limited” the debate negotiations. Thomson’s post was intended “to describe her belief that the exclusion of Ms. Baker from the debate by Mr. Jealous was inappropriate and wrong,” the complaint states. “… Ms. Thomson, a former reporter, was commenting in her capacity as a citizen and not an employee of the DNR or the State of Maryland, on a matter of public concern,” the complaint states.

Thomson has worked for DNR as a public information officer for about five years. She previously worked as a newspaper reporter for four decades, including 25 years at The Baltimore Sun. The complaint details a week of communications between Thomson and DNR officials about her status at work.

The complaint says that Thomson was contacted by DNR Police Colonel Robert Ziegler on Sept. 18 about the Facebook post a day earlier.

At that time, Thomson was surprised by the call, offered to remove her post and did so later that day. Later in the week, two DNR police commanders were instructed by the director of the Office of Communications to take over Thomson’s media duties, according to the complaint.

The complaint says Thomson learned at the end of the week that she had been stripped of her media duties.

An attorney for Thomson began communicating with DNR officials on Sept. 27, but her duties had not been restored as of this week.

On Wednesday, Stephen Schatz, director of the office of communications for DNR, said the department could not comment on pending litigation or personnel matters per state law and department policy.

State officials, however, confirmed that Thomson put in retirement papers earlier this year and said there has been no reduction in her salary.

An evidentiary hearing was scheduled for Nov. 1, according to James Astrachan, Thomson’s lawyer.