Sinclair Broadcasting just hosted the first candidate debate in the “stealth” Maryland Senate campaign. The fact that it was scheduled on a Sunday afternoon at the same time as the Baltimore Ravens game was on television is yet another example of how the race has been largely ignored. It actually was a step up from the Democratic primary, in which incumbent Senator Ben Cardin refused to participate in a debate, despite a challenge from Chelsea Manning, Rikki Vaughn and myself.  This week, the Fourth U.S. Circuit Court of Appeals will decide on my case against Maryland’s “sore loser” statute, and will, I hope, direct the Maryland State Board of Elections to put me on the November Senate ballot as the candidate of the socialist “Bread and Roses” Party. Prior to the debate, I asked Sinclair to invite me to participate in the debate. I argued: 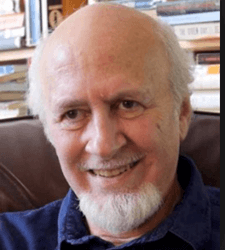 Jerome Segal  “The case for my participation while the case is pending is straightforward. If I should win in Court, then having admitted me to the debate, the election itself will have been a fair contest. Should I lose in Court, the public is nonetheless served by a more interesting and penetrating debate that will reflect a far wider spectrum of ideas and issues”. Sinclair declined to extend the invitation. As a result, the debate was quite limited in the scope of the perspectives put forward. If I had been allowed to participate, here are some of the topics, and the kind of answers I would have given:

1. The Economy: We need to rethink what an economy is for, how the economic realm bears on human happiness. We need to question that version of “The American Dream” that says, every generation should have more money than the one before it. We need a “New American Dream,” framed around modest consumption, the ability to satisfy core needs, and expanding leisure so we can do those things in life that are most important. And as for growth, we must say, “Only if income and wealth expand for all – no more giveaways to those at the top.”

2. Jobs: In America, we are wedded to a failing “Jobs System,” one that divides society into two groups, the so called “job creators” and the rest of us who go hat in hand to be given a chance to make a productive contribution to society. We need to vastly expand the non-profit sector, which provides meaningful work that addresses the unmet needs of “real” people, and we have to provide people with the ability to become their own non-profit. We need to vastly expand micro-enterprise, where a person can be his or her own boss, and provide high quality goods and services to others.

3. Baltimore Crime: This is the shame of our State, and there is no easy fix, because it reflects much that is wrong with our culture and society. We need home ownership at the very, very bottom of the pyramid so people are committed to transforming, not escaping, the worst neighborhoods. We need a right to employment or retraining. And for immediate quality of life impact, we need free-sleep away camp for all ten weeks of the summer for every child living in the inner city, and counselor-in-training programs for the young people. And we must leap-frog the “stages of economic development” and go straight to inner-city beautification.

4. Education: Education is not the same as schooling. Education means history, and the arts and the humanities. We are distorting the schools and destroying childhood, and the mental health of families by viewing the schools as the “magic guarantee” that our children will have good jobs in a dysfunctional job system.

5. Medicare for All: We need to start from scratch. The key thing is to separate access to quality health care from income levels. Continue to expand Medicaid up from the bottom. And add long-term care to Medicare for the rest of us.

6. Foreign Policy: The Israeli-Palestinian conflict remains the most profound conflict of our age. Moving the U.S. Embassy to Jerusalem didn’t take Jerusalem off the table, it removed the U.S. from the table. Peace requires justice. Palestinian lives matter equally. On Korea, Trump has made some progress – more than he gets credit for – but this is the most dangerous crisis we face.

7. Kavanaugh: If you believe Dr. Blasey Ford, which I do, then Judge Kavanaugh lied to the Senate. That’s perjury. End of discussion.

Jerome “Jerry” Segal is a University of Maryland-based philosopher, and the founder of the socialist “Bread and Roses” Party.