Congressional candidate David J. Trone is returning to the campaign trail for the first time since having cancer surgery earlier this month. Trone (D), who is seeking the 6th District seat being vacated by Rep. John K. Delaney (D), is hosting a fundraiser tonight at his home in Potomac. The event features four Democratic members of the U.S. House — Reps. Katherine Clark (Mass.), Debbie Dingell (Mich.), Lois Frankel (Fla.) and Barbara Lee (Calif.). Trone is expected to speak as well.   He had a kidney removed on Sept. 11, a procedure recommended by his physician after being diagnosed with what he called a “tumor in my urinary tract” just days before winning the Democratic primary in June.  He has been recovering at home since the procedure.   “David is excited to be returning to the campaign trail,” said campaign spokesman Alex Koren. “He is holding several events this week, and has a full schedule right up to the election. He is particularly looking forward to overnighting in Garrett County for Autumn Glory weekend [in two weeks] where he plans to hold multiple campaign events and participate in the annual parade.” 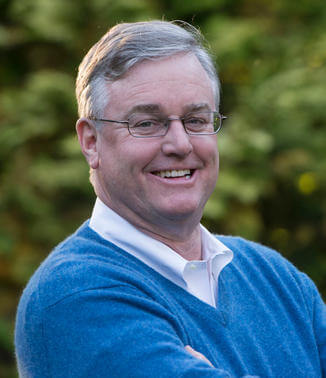 David J. Trone  Trone’s opponent, Amie Hoeber (R), a former Pentagon official and national security consultant, has kept up a full schedule of events since winning the GOP nomination, her campaign said, including door knocking, visiting businesses and attending high school football games. “Our approach is, it’s unfortunate that David Trone is in poor health, but we’re taking this seriously and Amie’s got a full schedule every day,” said Paul Ellington, senior adviser to the Hoeber campaign. She has a fundraiser in Annapolis on Friday featuring Anne Arundel County Executive Steve Schuh, state Senate candidate Ronald A. George and state GOP Chairman Dirk Haire. On the campaign trail and in her literature, Hoeber is playing up her alliance with the state’s popular governor, Lawrence J. Hogan Jr. (R). “I really believe that with the governor at the top of the ticket it’s going to drive a lot of people to the polls,” Ellington said.  Trone ran unsuccessfully in the 8th District in 2016, despite spending $13 million, and he has opened the spigot this time as well. The campaign has reserved $1 million per week in advertising time on broadcast stations in Washington, D.C., for the final three weeks before Election Day. Hoeber will return to the airwaves “in the next week or so,” Ellington said. “We have [the money] we need to be competitive,” he said. “They’re taking a 10,000-foot carpet bomb approach and we’re more precise in our targeting.”  The 6th District includes most of western Montgomery County and all of Western Maryland and is one of the most competitive congressional districts in the state. In the primary, Trone, owner of Total Wine & More, played up his business success, his fair treatment of his employees and his family’s battle back from financial ruin when he was a boy.  Hoeber hopes to portray her rival as a closet liberal looking to buy an election with his wealth.  “It’s incumbent upon us to illustrate those vast differences because he’s decided to sit back and run a television-intensive, mail-intensive campaign,” Ellington said. 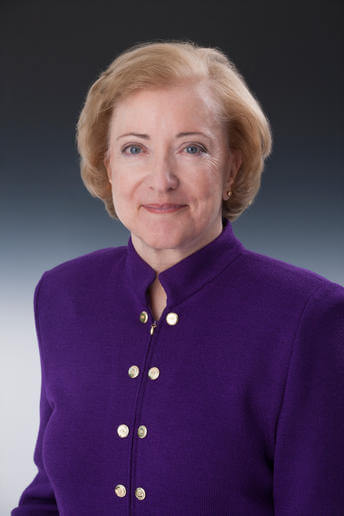 Amie Hoeber  The Hoeber campaign’s language when referencing Trone — “poor health,” his strategy of “sitting back” — sounds like not-so-subtle references to his cancer fight, Maryland Democrats said.  “It’s incredibly disturbing that Amie Hoeber and her team have circulated lies and innuendo about David in an effort to play politics with his health,” said Kathleen Matthews, head of the Maryland Democratic Party, in a statement to Maryland Matters that was co-signed by the Democratic chairmen in Montgomery, Frederick, Washington and Allegany Counties. “We are 100% committed to electing David Trone and Democrats up and down the ballot this Fall.” The Hoeber campaign defended its conduct, noting that there was a gap of several weeks between Trone’s diagnosis and his first public disclosure of his cancer. “His campaign lacks transparency and honesty,” Ellington said. “I think the voters need to know why he hasn’t been on the campaign trail.” “It’s a tough job,” Ellington continued. “It’s an unfortunate illness. But the voters need full disclosure.” Trone has the backing of U.S. Sens. Benjamin L. Cardin and Chris Van Hollen, the majority of Maryland’s U.S. House delegation and dozens of local leaders, including Montgomery County Executive Isiah Leggett and former county executive Douglas M. Duncan. But he has yet to win over two of his main rivals from the Democratic primary, Del. Aruna Miller, who finished second in the contest, and state Sen. Roger Manno, who placed fourth. “I am sorry to learn about his ill health and my family and I wish him a speedy recovery,” Miller said via text, refusing to answer a follow-up about whether she endorses Trone. Manno refused all comment.  Physician and author Nadia Hashimi, who finished third in the primary, offered her endorsement in a text Thursday. “I stand in support of David Trone because MD6 needs and deserves a representative who will support health care for all, criminal justice reform, safe schools, making Trump a one term president and more,” she said. “We are no longer in the primary. The time for solidarity around the greater good is now.” Ellington said Trone’s decision to pump $10 million from his personal fortune into the campaign has hampered his ability to unify his vanquished Democratic opponents. “I think it’s David Trone’s arrogance and condescension,” Ellington said. “They resent that. He helicopters in with his bankroll and buys the nomination.” Trone has agreed to participate in two debates, a Jewish Community Relations Council event in Gaithersburg on Oct. 23, and a Washington County Chamber of Commerce event in Hagerstown on Oct. 24. The Hoeber campaign said it has received five debate invitations, including one from students at Clarksburg High School, and it accepted all five.

Editor’s note: An earlier version of this story featured a different, less emphatic quote of support from Nadia Hashimi. She was traveling overseas and difficult to reach in the days immediately before we published this article.