So here we are, hours away from an electrifying and potentially history-altering Capitol Hill hearing on sexual assault, and still #MeToo is roiling Annapolis.

On social media, a colleague is accusing Del. Cheryl D. Glenn (D-Baltimore City) of employing the same tactics that critics are using to try to discredit Christine Blasey Ford, the college professor who says Supreme Court nominee Brett M. Kavanaugh sexually assaulted her at a drunken high school party in the early 1980’s.

In a blistering Facebook post, Del. Ariana B. Kelly (D-Montgomery), the former head of the legislative women’s caucus, calls Glenn “a pawn” who enabled a fellow lawmaker accused of sexual misconduct “to avoid accountability.”

Earlier this week, Baltimore City lawmakers elected Glenn to lead their House delegation. She will replace Del. Curtis S. Anderson (D), who was investigated this year by the Joint Committee on Legislative Ethics after multiple allegations of sexual misconduct. The investigation resulted in a reprimand last month from House Speaker Michael E. Busch (D-Anne Arundel), and orders that Anderson undergo special sensitivity training. 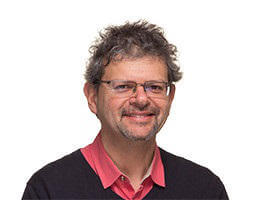 Given the severity of the allegations, it seemed to many people like a wrist slap. But the ethics committee report emphasized how difficult it had been to corroborate any of the charges, some of which were several years old.

But Anderson’s case became a rallying cry for some members of the Legislative Black Caucus – headed until recently by Glenn. They worried, before Busch meted out any punishment, that legislative leaders were judging Anderson too hastily and trampling on his right to due process. The Maryland Democratic Party announced this summer that it would not include Anderson in any coordinated campaign mailings or fliers. Some women’s groups and party activists urged Anderson, who is seeking an eighth nonconsecutive term, to withdraw from the race.

Then, in an extraordinary appearance before the Baltimore City Democratic Central Committee in August, Glenn compared Anderson to Emmet Till and the five suspects falsely incarcerated in the 1989 Central Park jogger case in New York.

She then accused “two Caucasian legislators” from Montgomery County, whom she did not name, of being among those who had fingered Anderson for wrongdoing. She also referenced an incident from this year’s legislative session, in which state Sen. Cheryl C. Kagan (D-Montgomery) accused lobbyist Gilbert J. Genn of inappropriately brushing up against her in an Annapolis bar. “Thank God,” Glenn said, that Genn had been exonerated – which was not true.

Now, with news of Glenn’s elevation in the Baltimore City delegation, Kelly asserts on Facebook that Glenn, without naming her, has betrayed the sisterhood – suggesting that Glenn, who has acknowledged being a victim of domestic violence years ago, blocked Kelly’s efforts to assist one of Anderson’s alleged victims and denigrated other Anderson accusers.

“No Democrat who undermines, blames, and discredits victims of sexual misconduct should be in a leadership role in our party,” Kelly wrote.

She also said: “I am telling this story because it needs to be in the light. The same tactics we are seeing used against Christine Blasey Ford were used against me and others by Democrats in Maryland. Sexual abuse and shielding of powerful abusers while blaming victims needs to be stopped.”

Several people commented on Kelly’s Facebook post, including Kagan, who remarked, “I am very disappointed in the lack of political consequences after speaking out against us. It’s not good for the Baltimore City delegation, the party, or the comity of the General Assembly. It’s a shame that she has chosen to disrespect, discredit, and divide women.”

Glenn did not respond to a message left on her cell phone Wednesday night.

But it’s clear that, after years of private #MeToo conversations in Annapolis, and dramatic public testimony and behind-the-scenes negotiations this year as lawmakers drafted a new and comprehensive policy for addressing sexual misconduct allegations on the legislative campus, it’s still a wrenching and divisive issue in the corridors of power.

In a related development, 11 Montgomery County legislators on Wednesday wrote to county police Chief Thomas Manger, urging him to consider launching an investigation into the accusations against Kavanaugh, if Blasey Ford consents.

“We hope you will choose to be proactive in ensuring proper investigation of the sexual assault allegations in Montgomery by Brett Kavanaugh,” the lawmakers wrote.

Del. David Moon (D) was the lead author of the letter. Kelly was one of the signatories.