“Yesterday, Speaker Busch was at the University of Maryland Medical Center for a routine test,” the statement from Busch’s office said. “He was experiencing shortness of breath so doctors recommended additional testing to determine the cause. Based on the test results, Speaker Busch underwent bypass surgery at approximately 7 pm last night. He is awake, alert and is expected to make a full recovery. He will return to work and the campaign trail in the next few weeks.” 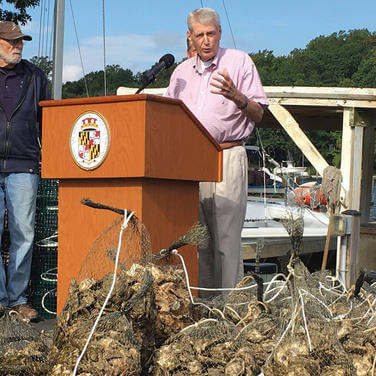 Coincidentally, Busch had a fundraiser scheduled for Thursday night at Topside of Mt. Vernon, a rooftop bar in Baltimore. The fundraiser went on without him.

Busch, 71, underwent a liver transplant in June 2017 following months of looking thin and jaundiced. He returned to work about two months later.

Busch, who was elected to the House in 1986 and has served as speaker since 2003, was running a vigorous campaign for reelection and was also working aggressively to help other Democrats, particularly in Anne Arundel County.

“I’m wishing Speaker Busch the best as he goes through what I know is a tough surgery,” Gov. Lawrence J. Hogan Jr. (R) said in a statement and on Twitter. “Yumi and I send our prayers to Mike and his family as he recovers, and I look forward to continuing our work together soon.”

Democratic gubernatorial nominee Benjamin T. Jealous said in a statement that he’s “glad to hear he’s expected to make a full recovery and look forward to seeing him again soon.”

The Capital newspaper reported that Busch, who has been deputy director of Anne Arundel County’s Department of Recreation and Parks for years, is planning to retire from that post in mid-October.

Busch’s latest health scare is sure to spark another round of rumors in Annapolis about his long-term plans – and potential successors as speaker. McIntosh and Davis have long been thought to be interested in the job, but both are close to Busch and have been reluctant to take public steps to show they are making political plans.