Ad watch. Craig Wolf (R), the former prosecutor and trade association executive who is challenging state Attorney General Brian E. Frosh (D), launched his first TV ad of the election cycle. The 30-second ad, titled “Safer Again,” hammers home Wolf’s belief that Frosh has been focusing on politically-motivated lawsuits against the federal government rather than tackling crime in Maryland. It even features a snippet of a clip of Frosh saying, at a public event, “I’m not doing the job I ran for.” 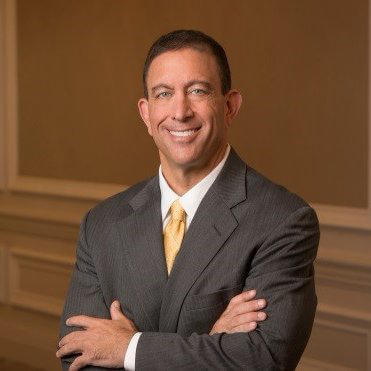 The latter quote seems out of context, as Frosh was likely explaining that the policies of the Trump administration have forced him to reorder his priorities. Still, it’s a potent argument for Wolf and he’s nothing if not staying on message. Will the ads move the needle in the race? The recent Goucher College poll showed Frosh leading Wolf, 58 percent to 26 percent [see related story].

The Wolf campaign said it is spending $90,000 to air the ads on four Baltimore broadcast stations over the next two weeks. The ad buy will be supplemented by a $10,000 expenditure on digital ads. “We have serious momentum, and we know that we have a winning message,” said Wolf’s political director, Dan Smith. “Craig will focus on public safety, not politics, and he’ll work with Governor Hogan to make Maryland safer. This ad buy is a crucial step in putting that message in front of voters.”

In other ad news, Anne Arundel County Executive Steve Schuh (R) last week began running his first ad in his reelection bid. The 30-second ad, “It Starts With Our Children,” focuses exclusively on education, and Schuh’s push to build more schools in the county. It will air on multiple media outlets in Anne Arundel County.  “Our campaign is moving into the next phase of our media plan that will reach every voter in Anne Arundel County.” said Megan Miller, Schuh’s campaign communications director. Schuh is facing horse farm owner Steuart Pittman (D) in November.

Reform group backs Jealous. Lost in all the hoopla Tuesday over the debate panelists, the latest Goucher poll, skirmishing over apple logos, attack news conferences and attacks ads, was the endorsement that Democratic gubernatorial nominee Benjamin T. Jealous picked up from the political reform group End Citizens United. Established in 2015, ECU is a political action committee funded by grass-roots donors dedicated to countering the effects of the Supreme Court’s 2010 Citizens United decision and reforming the campaign finance system.  “Ben is a reformer who will fight to make sure government gets back to working for everyday Marylanders,” said ECU President Tiffany Muller.

Sauerbrey backs Redmer. Ellen R. Sauerbrey, now 81, is still a big deal in Maryland Republican politics. The two-time GOP gubernatorial nominee this week endorsed Maryland Insurance Commission Alfred W. Redmer Jr. (R) for Baltimore County executive and will headline a fundraiser for him on Friday. “Al Redmer is a strong leader with the values that Baltimore County needs,” Sauerbrey said in a statement. “Our county is at a pivotal moment in its history with a desperate need for experienced leadership with a proven track record of success.” The fundraiser that Sauerbrey is headlining will take place at the American Legion Post #22 in Towson. Redmer in a statement called Sauerbrey “my mentor.” “Ellen has a reputation not just for honesty and integrity, but for a deep and genuine caring for the citizens of Baltimore County and all of Maryland,” he said.

Women take sides in MoCo race. The two at-large Montgomery County council members who are running for county executive are holding women’s fundraising events on back-to-back days this week. Nancy M. Floreen, the lifelong Democrat who recently left the party to run for executive as an unaffiliated candidate, is being feted at a gathering of high-powered women during a breakfast Friday at the Normandie Farm Restaurant in Potomac. The suggested contribution for the event ranges from $100 to $500. Meanwhile, the campaign of Councilman Marc B. Elrich, the Democratic nominee, will be the beneficiary of a “Women For Marc” fundraiser on Saturday at the Potomac home of community activists Diana and Bill Conway. Because Elrich is participating in the county’s new public financing system for candidates, ticket prices are capped at $150.

Bread and Roses fails to rise. Looks like it’s the end of the line for the proposed Bread and Roses Socialistic political party, at least until 2020. A federal judge ruled Tuesday that the party organizers had fallen several dozen signatures short of the 10,000 signatures they needed from registered voters to get the political party on the ballot this fall. U.S. District Judge George Jarrod Hazel also ruled that the proposed party’s leader, Dr. Jerome Segal, could not run as an independent candidate for U.S. Senate because doing so would put him in violation of the state’s “sore loser” rule.

Segal, a political activist and former college professor, had run in the Democratic primary for Senate in June, taking 3.4 percent of the vote. Frank Caskin, a spokesman for the party, said Segal planned to submit the remaining 227 valid petitions to the state Board of Elections the day after Election Day and would work to get the party organized for the 2020 election. “Though he’s very disappointed with the ruling, Segal says he’s not giving up his fight to give a voice to voters who are disenchanted with the Democratic and Republican parties,” Caskin said.

Peroutka’s Crusade Against Mandates: ‘This Is What World War III Looks Like’

Even though pandemic protocols have largely eased in recent months, Michael Peroutka urges his supporters to remain vigilant about government encroachment.