A task force on alcohol regulation in Maryland, meeting for the first time on Wednesday, heard expert testimony about the societal ills associated with excess drinking.   And it was a long list. One slide showed that alcohol-related deaths in Maryland tripled from 2007 to 2016, to 582 a year. Another reported that binge drinking is rising among adults 26 and older, and that “years of life lost to death and disability because of alcohol use” increase nearly 7 percent from 2000 to 2016. The panel, created earlier this year by the General Assembly, was told that excess drinking costs the state more than $5 billion a year — from deaths and injury on the road, illness, domestic abuse, assault, sexually-transmitted disease and more. 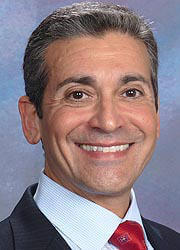 “From a public health perspective, alcohol regulation isn’t working,” said Dr. David H. Jernigan, an anti-alcohol activist and adjunct professor at Johns Hopkins University’s Bloomberg School of Health. “When we looked at the [reduction in] alcohol-impaired motor vehicle fatalities, it’s an impressive drop, [but] we’re still at 10,000 a year nationwide, 29 a day. That’s simply too many, and that alone should be argument for why this product is regulated differently than other products.” The Task Force on Alcohol Regulation, Enforcement, Safety and Public Health includes members of the General Assembly, several representatives from the alcohol industry, public health experts, law enforcement personnel, Mothers Against Drunk Driving and the governor’s office.

In addition to reviewing the adequacy of Maryland’s current system for regulating beer, wine and liquor, the panel will also review “whether the State agency that now is assigned the tasks of regulating the State alcoholic beverages industry and enforcing State alcoholic beverages laws is the most appropriate agency to ensure the safety and welfare of the residents of Maryland.” Translation: whether Comptroller Peter V.R. Franchot (D), who sparred repeatedly with members of the legislature this year, should be stripped of his responsibility to regulate booze. The task force was created by a measure sponsored by Dels. Benjamin F. Kramer (D-Montgomery) and Warren E. Miller (R-Howard and Carroll). Former House majority leader D. Bruce Poole is chairman of the panel, which plans to meet four times before issuing a report on Dec. 1.

Franchot’s chief of staff, Len Foxwell, expressed concern about the panel’s opening day testimony, with its focus on societal ills. “If I were a retailer or distributor doing business now in the state of Maryland, I would be very apprehensive about what I heard in that room today,” he told Maryland Matters. “Higher taxes, less public access and state-run sales. Those were the three primary sleeves of their presentation.” As for the impact of alcohol use on public safety and health, Foxwell, who watched the livestream of the hearing from his office, thought the experts laid it on a bit thick. “I think it was over the top. … The expert witnesses came into that meeting with a very aggressive ideological agenda,” he said.

Kramer said he found the testimony compelling, and that it offered a valuable counter-point to what lawmakers traditionally hear when alcohol-related bills come to the floor. “There is this constant pressure to expand alcohol consumption and it’s always under the guise of economic development,” he said. “My sentiment has been that there are far more meaningful ways we can achieve economic development that have nothing to do with alcohol. The [Centers for Disease Control and Prevention] has done so many studies on this issue. The more available alcohol is, the greater the prevalence of alcohol-related social ills, be they health or public safety, increases in crime, increases in physical assaults, increases in sexual assaults, liver cirrhosis. It just goes on and on,” Kramer, a state Senate candidate, said. “We don’t ever hear that side of the issue.”

Kramer said efforts to allow beauty salons, barber shops, movie theaters and craft breweries to sell alcohol on premises (the latter a pet project of Franchot’s) only make the safety environment more daunting. In addition, he charged, the state’s current system, where an elected official is responsible for regulation, is ripe for abuse — and he accused Franchot of raising campaign funds from the people whose livelihood he influences. “It gives a very ugly impression to the residents to see an elected official who is soliciting campaign contributions from the very entity that they regulate,” Kramer said. “There are a number of states that have the enforcement and the regulation with their state police, which in my mind makes sense.”

Franchot and lawmakers clashed during the last General Assembly session, when the legislature considered and then rejected a Franchot proposal that would have made it easier for craft breweries to do business in the state. A Franchot-led task force toured the state throughout 2017, attempting to whip up support for the proposal, and Franchot used provocative language to promote the idea, which ultimately rubbed many legislators the wrong way.

Foxwell responded to Kramer’s accusations by calling him a hypocrite, noting that he and his sister, Rona Kramer, who is secretary of Aging under Gov. Lawrence J. Hogan Jr. (R), co-own a shopping center that has a Montgomery County Department of Liquor Control retail outlet as a tenant. “He literally accepts a check every month from the Montgomery County liquor board. There is an obvious, natural conflict,” Foxwell charged.  Montgomery County’s tight control on alcohol, believed to be unique among localities in nation, has long been controversial.

Kramer called Foxwell’s allegation of hypocrisy “ludicrous and absurd,” saying that he has repeatedly obtained clearance from State House ethics advisers before voting on any alcohol-related legislation. “This is a nonsensical distraction,” he said. “We’ve got the comptroller in absolute panic mode. Why?”

“My focus is going to stay on public safety issues and alcohol. I’m not going to be intimidated,” Kramer added. The panel’s opening day of testimony did not look at how the comptroller’s office has handled the regulation and enforcement of alcohol sales, but it will. Kramer said he has a thick file on the practices other states use. The panel’s report will almost certainly serve as the foundation for legislation that gets introduced in 2019.