The makeup and leadership of the Maryland Senate changed dramatically Tuesday, with several incumbent senators being defeated in Democratic primary races — including Finance Chairman Thomas M. “Mac” Middleton (D-Charles) — and at least one committee chairwoman barely hanging on, awaiting a final vote tally, which could be as much as a week away.

In the House of Delegates, the longtime chairman of the Judiciary Committee, Del. Joseph F. Vallario Jr. (D-Prince George’s), appears to have lost.

In some respects, the upsets were generational, the result of a surge by younger candidates, many from the House of Delegates, who were backed by progressive organizations and labor unions, particularly the Service Employees International Union.

Baltimore City seemed to bear the brunt of the turnovers at a time, during the General Assembly’s next four years, when the city will need strong leadership in Annapolis in dealing with the decennial redistricting process and implementation of a new education funding formula. 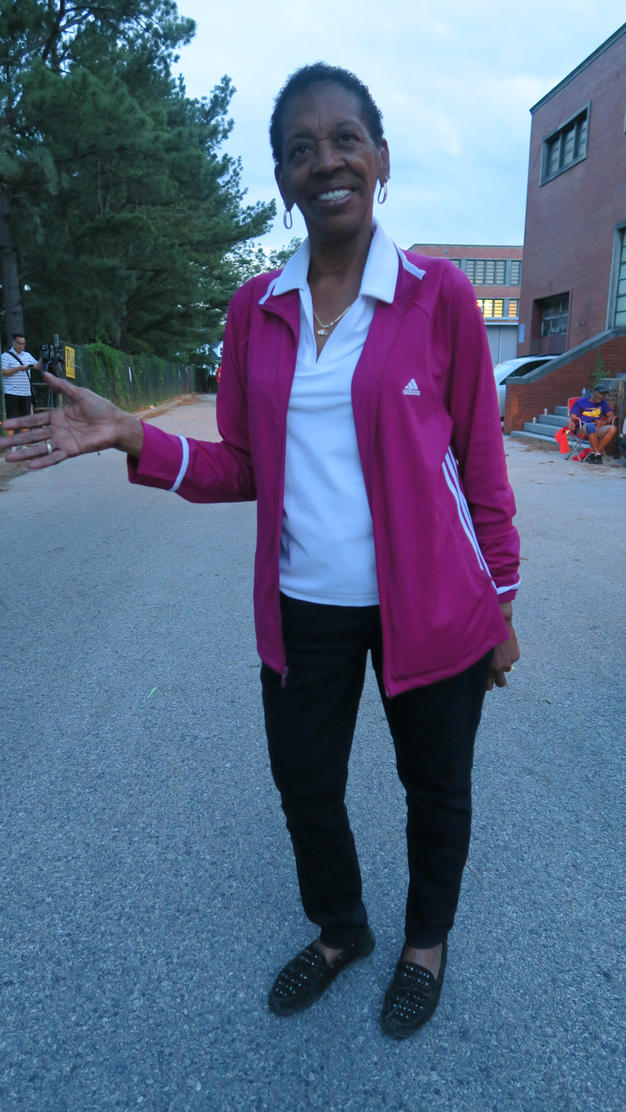 At the top of the list in Baltimore is Sen. Nathaniel J. McFadden, 71, the Senate president pro tem and six-term senator, who lost his 45th District seat representing East Baltimore to Del. Cory V. McCray, 35, a first-term delegate who challenged him.

McFadden, a protégé of the late Baltimore Mayor Clarence H. “Du” Burns and onetime head of the old Eastside Democratic Organization, was trailing McCray early Wednesday 7,128 to 5,055, with 55 of 58 precincts reporting.

In West Baltimore’s 40th District, Sen. Barbara A. Robinson, 80, former three-term delegate who in December 2016 was appointed to complete the Senate term of Catherine E. Pugh after she resigned to become Baltimore mayor, appeared headed for defeat by Del. Antonio L. Hayes, 40, another first-term delegate.

Supporters of Conway were optimistic earlier Tuesday about her beating back the challenge by Washington, but by the time polls closed, the senator appeared weary and even stoic about her chances as she stood outside the city’s last open polling place.

“What will be will be,” she said, as darkness fell on the Baltimore IT Academy, at 900 Woodbourne Ave., which was ordered by a Baltimore Circuit Court judge to stay open an extra hour, until 9 p.m., after opening Tuesday morning more than two hours late.

The outcome of the Conway-Washington race, like dozens of others across Maryland, may be decided by an unknown number of provisional ballots cast – an unexpected last-minute factor caused by a Motor Vehicle Administration computer glitch in which changes to some 80,000 voter registrations statewide were not recorded.

Carter, a lawyer and former 14-year member of the House of Delegates who resigned her seat in January 2017 for a $121,400-a-year job in Pugh’s Office of Civil Rights, beat Merrill handily, 9,468 to 6,700, in a contest most people believed would be much closer.

A third candidate, Nathaniel T. Oaks, 71, the former senator from the 41st District, received 1,106 votes, which many in the Carter camp thought would hurt her chances over Merrill. In the end, it did not make any difference.

Oaks resigned his Senate seat March 29, two hours before pleading guilty to two federal felonies in a political corruption case, but state election officials did not remove his name from the ballot because the withdraw deadline had passed, a decision upheld by the Maryland Court of Appeals.

Carter was named to complete Oaks’ unfinished term, through January 9, 2019, by Republican Gov. Lawrence J. Hogan Jr., after she applied through the 41st District Democratic Central Committee. Merrill refused to toss his hat in the ring through the central committee and had urged Carter to do the same.

Carter is the daughter of the late Walter P. Carter, a well-known civil rights leader in Baltimore. Race became a real factor in the competition, though rarely spoken publicly.

Elsewhere in the state, Middleton, 72, the Charles County Democrat who chairs the Senate Finance Committee, appears to have lost his District 28 seat in a primary challenge by Arthur C. Ellis, 56, an accountant who is a retired U.S. Air Force officer.

With 100 percent of the precincts reporting, Middleton appeared to have lost by 651 votes, receiving a total of 7,395 votes to Ellis’s 8,046. This, too, was a racially-tinged contest, as the once-rural Charles County transitions to a suburban jurisdiction with a large African-American population.

Hogan Gets His Man

Waugh was targeted by Hogan for voting with Senate President Thomas V. Mike Miller, the Calvert County Democrat, one too many times – in particular, on a veto override this past session — and the governor threw his money and support behind Bailey.

Across the hall in the House of Delegates, Del. Joseph F. Vallario, 81, the powerful Prince George’s County Democrat who chairs the Judiciary Committee, lost his District 23B seat after serving 44 years — 11 terms — in the legislature. He had been Judiciary chairman since 1993.

Vallario ran a distant third for a seat in the two-delegate district with 6,302 votes.

Ronald L. Watson, 52, a former member of the Prince George’s County Board of Education who lost a bid for a District 23B seat in 2014, was the top vote-getter with 8,593 votes. Incumbent Del. Marvin E. Holmes Jr., 69, ran second in the seven-person Democratic primary, capturing 7,985 votes.

Watson and Holmes face no opposition in November.

Besides Vallario, at least six other House members appear to have lost their reelection bids in Tuesday’s primaries: