Hours after a legislative committee torpedoed a bill to boost Maryland’s renewable energy standard to 50 percent, clean energy advocates got a consolation prize and some hope for the future: Six Democratic candidates for governor on Thursday pledged to support the measure if they’re elected in November.

Environmentalists and hundreds of religious, labor, business and civic organizations made a major push this legislative session to pass House Bill 1453, which would have increased the state’s renewable energy portfolio to 50 percent by 2030. More than half the members of the House of Delegates and half of Maryland’s state senators co-sponsored the bill.

But the Public Utilities Subcommittee of the House Economic Matters Committee killed the measure Wednesday night, approving an unfavorable motion on the bill.

In a statement Thursday night, environmental groups expressed hope that the Senate Finance Committee would not be swayed by Wednesday night’s vote and let the House subcommittee “have the last word.” 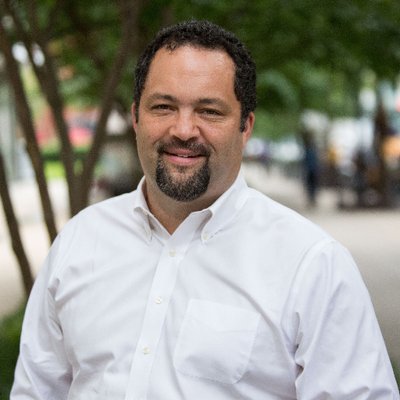 “The Clean Energy Jobs Campaign is profoundly disappointed that these state legislators have rejected this critical proposal for climate action,” the groups said.

But while acknowledging the long odds this session, advocates have been trying to take the long view. Because a law boosting the state’s renewable portfolio to 25 percent by 2020 only went into effect in 2017, activists figured it might take a few years to pass the expanded RPS.

While their optimism for passage this session had spiked in recent weeks, the advocates have been simultaneously working to secure commitments from candidates running for state offices to support the measure in the future.

“We are committed to making this one of the top issues of the 2018 election,” said Vincent DeMarco, board chairman of the Maryland Clean Energy Jobs Initiative.

Four of the candidates joined a press call on the topic Thursday, and the other two had representatives on the line.

“Climate change is a public health issue, an economic issue, and a moral issue that we must act courageously to combat,” said one of the Democrats, former NAACP president Ben Jealous. “When I am governor Maryland will return to being a national leader in protecting our environment and also growing our green economy.”

On the call, each of the candidates, in addition to embracing the RPS bill, talked about their records or laid out their visions for addressing global warming. Kamenetz talked about tax breaks for energy efficient development; Shea highlighted his commitment to mass transit.

“I stress every time I talk about clean energy that we’re leaving jobs on the table by not pushing for a future fueled entirely by Maryland-made renewable energy,” Ross said. “Our outdated utility model stifles innovation, tilts the playing field away from real competition, and centralizes production in a way that hurts rural communities.”

DeMarco said Gov. Lawrence J. Hogan Jr. (R) did not respond to the advocates’ request for a commitment to support the RPS legislation. He vetoed the 2016 legislation boosting the RPS to 25 percent, and the legislature overrode his veto last year.

Hogan has pledged that the state will meet the emissions-reduction goals of the Paris Climate Accord, even though President Trump is trying to withdraw the U.S. from the international agreement, and he signed a bill last year banning hydraulic fracturing in the state.

Asked how Hogan would respond to the advocates’ call to embrace a broader clean energy mandate, Douglass Mayer, the governor’s spokesman, noted that even some Democrats have suggested that legislation would hike consumers’ utility bills.

“Guess [the candidates for governor] don’t share the concerns of their fellow Democrats that this policy would potentially cost thousands of jobs,” Mayer said.