As a headhunter, I was trained to ask every candidate for a position I was looking to fill this question. It helped my clients rule out candidates earning a lot more than the budget for the job, or much less, indicating lack of suitability. It also provided a baseline to set the new employee’s pay. What I learned is that this practice perpetuates gender bias in hiring and salary decisions that disproportionately hurt women, especially women of color, and contribute to the continuing pay gap Maryland women face. 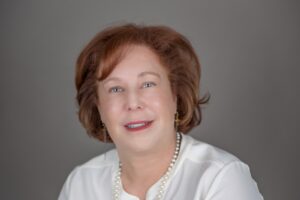 I don’t ask the question anymore.

Unfortunately, my decision alone won’t stop employers from asking it or eliminate its pernicious effects. But the Maryland General Assembly can help do so this week if the Senate Finance Committee votes to approve SB 377, legislation to prohibit employers from using salary history in the hiring process and requiring them to disclose the position’s salary range upon request.

The committee must approve the bill this week so that it has time to pass in the General Assembly before the session ends for the year. Passing SB 377 and its companion bill, HB 512, will help ensure that women are paid the salary the position merits, not one based on past employer compensation decisions that could have been discriminatory.

We are still a long way from pay equity in our state. Women in Maryland typically make 84 cents for every dollar that white, non-Hispanic men make; black women make only 69 cents, and Latinas, only 47 cents for every dollar. Even at the beginning of their careers, women earn less than their male colleagues at the same job, with the same education and experience. That wage gap persists and grows over the course of a woman’s career.

Sixteen cents might not sound like a lot, but the pay disparity amounts to $400,000 less for a Maryland white woman over a 40-year working life. And it’s more for women of color. It can leave older women with a shortfall in retirement income or living in poverty. Or viewed another way, women’s median earnings in Maryland were only $50,635, compared to $60,591 for men. That $9,956 difference annually would pay for about eight months of rent and utilities or about 19 months of health care contributions.

It has been proven that women, and especially women of color, face overt discrimination as well as unconscious biases in the workplace, including in pay. For example, in a recent experiment where scientists reviewed identical resumes of John and Jennifer, John was offered a salary of nearly $4,000 more than Jane.

Permitting a person’s salary history to be used to assess her suitability for a position or to set her new salary, employers allow past discrimination to influence hiring and pay decisions. The practice of asking the salary question forces women to carry pay discrimination with them from job to job, compounding the harmful effects over time.  And, women are more likely to be caregivers of children or elderly parents, forcing them to reduce their hours. When they seek to reenter the workforce, asking about salary history harms them as their last salary may not reflect current market conditions or their qualifications. It can also hurt women who have worked in the lower-paying public sector or in nonprofits, when they enter the private sector.

We know that banning the salary history question and publishing salary ranges for jobs works. That’s how it’s done in the public sector, which has a much smaller gender pay gap than the private sector.

Opponents argue that prohibiting the salary question will make it much tougher to screen and hire qualified applicants at the correct salary. But Google, Facebook and other tech companies who have opted to abandon the practice have found that it’s better to determine what the job is worth, not the person. Employers can also ask what the candidate’s preferred salary range is, helping to determine their suitability for the position.

It’s time for Maryland to join the growing number of states like Massachusetts, California and New York that have banned the practice of asking for salary history, and corporate leaders who have voluntarily abandoned this practice that prevents women from achieving their full economic potential. While this legislation may not eliminate the pay gap entirely, it’s certainly a giant step forward.

Diana Rubin, Esq., is a commissioner and chair of the Public Policy and Legislation Committee on the  Montgomery County Commission for Women.