The Maryland Republican Party sponsored a poll roughly a week after the Democratic survey and came away with starkly different conclusions. 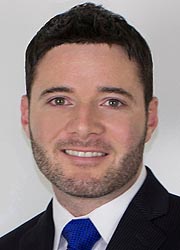 In a memo summarizing the poll and analyzing the Democrats’ survey, Republicans concede that Klausmeier held a significant edge over Miele in the initial head-to-head matchup. But they presented data and saw trends that suggest that the 8th District, which includes Perry Hall, Parklawn, White Marsh and surrounding communities, “presents great opportunity for Delegate Christian Miele while showing numerous warning signs for the longtime incumbent.”

The Republican poll of 412 likely voters was conducted Jan. 29-31 by Communications Concepts for Red Maverick Media, a GOP consulting firm based in Harrisburg, Pa. It had a 5-point margin of error.

Maryland Matters obtained the GOP memo analyzing the two polls but did not see the Republican survey.

The Republican poll initially showed a 15-point lead for Klausmeier, according to the GOP memo, similar to her 16-point lead in the Democratic poll. But even with a significant Democratic edge in voter registration, “SD8 is a solid Republican leaning district. This is demonstrated in our poll by the 11% advantage for a Republican candidate in the generic ballot question for State Senate. Also, Governor Hogan has an incredible 10 to 1 favorable to unfavorable ratio while President Trump is thought of more favorably than unfavorably.”

The Republicans were especially heartened by the fact that Klausmeier only had a 41 percent favorable rating in the Democratic poll – compared to 19 percent who viewed her unfavorably.

“Anytime a well-known incumbent is under 40% favorability, they are very vulnerable,” the Republican memo reads. “She is barely above water. In addition, in our poll, only 28% of voters definitely want to re-elect Klausmeier while only 33% of voters would definitely vote for her. These numbers are incredibly low for a 24-year incumbent.”

The Republicans also see much greater room for growth for the challenger than the incumbent.

“Klausmeier, also has a lot to be concerned about when you review the internals of the ballot test in her own poll,” the GOP memo reads. “She will not keep 25% of Republican voters once they learn more about her liberal record, and what Delegate Miele has been able to accomplish in just his first term in office. Likewise, despite having only half the name ID as Sen. Klausmeier, Delegate Miele is only down 5% among nonaffiliated voters. His numbers will only increase with more knowledge of both candidates.”

The Republicans also expressed doubt that Klausmeier would be able to hold 90 percent of the Democratic vote in the general election, as the Democratic poll indicated. And they said that after an “informed ballot” question, where the backgrounds and records of both candidates were described, Miele was preferred by more than 50 percent of the district voters. Survey respondents told the Republican pollster that they preferred a candidate with Miele’s background to one with Klausmeier’s by a more than 2-1 margin.

“The bottom line is that Delegate Christian Miele is in a very strong position going into the election for Senate District 8, and information in her own poll should give Senator Klausmeier many reasons for pause,” the memo reads.

The House of Delegates gave preliminary approval Friday to a bill that would limit the circumstances under which county health officers can be fired….