Prince George’s County Councilmember Mary A. Lehman has quietly joined the Democratic primary for House of Delegates in District 21 – and now finds herself running against a former boss and a former aide.

The family affair – or family feud, depending on one’s perspective – includes two incumbents, Del. Joseline Pena-Melnyk and Del. Benjamin S. Barnes, who are both completing their third terms. Lehman worked for Pena-Melnyk before she was elected to the county council in 2010. 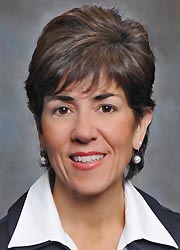 Also running in the Democratic primary is Matt Dernoga – who spent seven years working for Lehman on the council. Dernoga’s father, Tom Dernoga, was Lehman’s predecessor on the county council, and her former boss – and he’s now trying to get his old job back, creating another tough primary in the Beltsville/Laurel area. District 21 also includes sections of College Park and a small portion of Anne Arundel County.

Including Lehman and Dernoga, five non-incumbent Democrats have filed to run for the House seat — the other candidates are James McDowell II, Fernando Raffucci and Brencis Smith. One Republican, Chike Anyanwu, and an unaffiliated candidate, Ray Ranker, have filed for the race.

But the real action is in the Democratic primary – especially with six-term Del. Barbara A. Frush’s recent announcement that she would not run again.

As her second term on the county council will conclude at the end of this year, Lehman has been considering running for delegate since January 2017, but did not make a decision until later in the year.

Although she filed to run after Frush’s announcement, she says the delegate’s retirement did not influence her decision. While Lehman had been hearing speculation about Frush’s retirement since spring 2017, she said she had made up her mind before the announcement.

Matt Dernoga filed to run months before Frush’s announcement and was willing to challenge three incumbents.

Dernoga was the manager for Lehman’s first campaign for council in 2010 and worked as her policy analyst until last year. 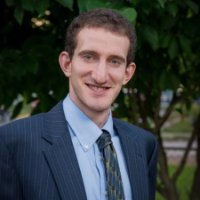 Dernoga describes his seven years in the council office as a “privilege” that was “a great experience.” He said he “saw that there are a lot of good people in government that are trying to do the right thing and that work hard.

“But at the same time, I saw that it was very hard for the average citizen and activists on causes that don’t have a whole lot of money attached to them … to get access to elected officials, to get the representatives to propose legislation or undertake programs and budgetary initiatives that would address [their] issues,” Dernoga said.

“That access and engagement is something I can bring to the Maryland General Assembly,” he said, listing clean energy, climate change solutions and environmental justice as among his top priorities.

“I’m a strong, unapologetic progressive for environmental protection, a strong public education system and worker protection. A fourth thing would be good government, a transparent government, a responsive government, which I have always advocated for,” she said.

The race between the former employer-employee duo has brought forth rumors that they now aren’t on the best of terms.

Dernoga declined to comment on Lehman’s decision to run.

“There are some really good candidates in the race. I think that District 21 voters are lucky to have good choices. I have got a really big challenge in front of me,” he said.

However, both candidates denied a rumor that Lehman fired Dernoga for filing to run against the three incumbents while working for her.

They said they had discussed and agreed upon Dernoga’s plan to leave well in advance of the primary, around the end of 2017.

While Lehman has her experience as councilwoman as an advantage, Dernoga has youthful energy and a recognizable last name. Both feel confident but recognize that it will not be an easy race and do not wish to take anything for granted.

“I find that when I’m at people’s doors they very much appreciate that there is a relatively young person running for office. I hear that frequently, every day I am out there, that voters would like to see new leadership and a new face,” Dernoga said.

The last name “sometimes causes people to open their ears a little bit more, giving me an opening to talk to them,” he continued. “But I think that voters in the district are very politically active, they’re engaged, they’re smart [and] they don’t just vote for a name. It can help a little but I have to earn their votes, and at the end of the day, I am not taking anyone’s vote for granted.”

Dernoga said the fact that he was able to raise $45,000 so far from more than 375 donors as a non-incumbent shows the grass-roots nature of the campaign and the great supporters that he has. He had $42,000 in his campaign account as of mid-January.

“I think I have a very good chance, but I am not taking anything for granted. I would be a fool to do that,” Lehman said. “I have got to work very hard for every vote. There are people who don’t know me in District 21, certainly in the Anne Arundel portion of 21 [and] in the roughly 12 percent of the district that is the rest of College Park that I don’t represent.”

The District 21 primary creates a quandary for the incumbents seeking re-election – as does the county council primary between Tom Dernoga and Laurel Mayor Craig A. Moe.

District 21 Sen. James C. Rosapepe (D) and the three House incumbents had planned to run as a ticket before Frush’s retirement. Rosapepe, Pena-Melnyk and Barnes have not yet decided whether they will be endorsing a third non-incumbent candidate.

“Not clear,” Rosapepe said. “We have said to folks who are interested in running, who have to talked to us, we’re going to wait and see who ends up filing.”

The filing deadline for candidates is Feb. 27. The primary is set for June 26.

More than 345 turf fields in Maryland represent an estimated 24.3 million square feet of plastic turf likely to be disposed of in the next decade.

For the last few weeks, Prince George’s County Executive Angela D. Alsobrooks (D) and her allies in the General Assembly have sought to advance…