More than a third of the Maryland General Assembly’s 90-day session has passed and thus far, there does not seem to be much of a legislative package from Baltimore City to discuss.

Baltimore legislators have introduced what could best be called a modest package of eight bills on behalf of Mayor Catherine E. Pugh (D), a former state senator, former state delegate and former city council member who completed her first full year as the city’s chief executive in December. 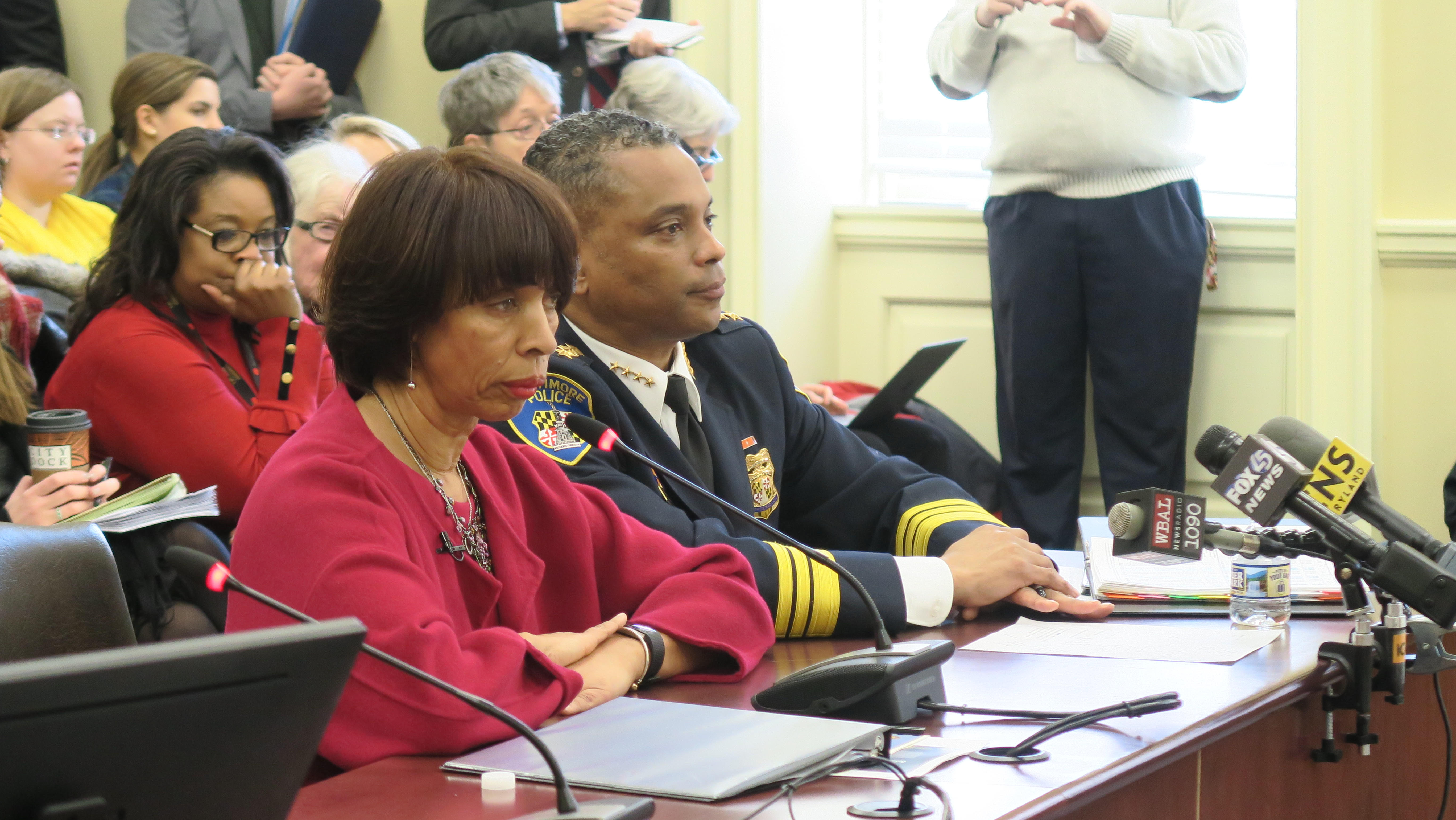 Pugh appeared before the Baltimore delegation to the House of Delegates in Annapolis on Feb. 2 – the week before the introduction deadlines last week — and while she touted the importance of reducing violence in the city, any detail about her legislative initiatives was oddly missing.

Instead, she appeared before the delegation as a sort of meet-and-greet with Darryl D. De Sousa, the police commissioner-designate whose Jan. 19 appointment by Pugh still must be confirmed by the Baltimore City Council.

“I am determined that in 2018, Baltimore City will not be defined by violence and tragedy,” Pugh told the lawmakers. “Violence reduction, as you all know, is my highest priority.”

Yet, only one of the eight bills introduced on behalf of her administration deals directly with public safety at all.

That bill would amend Maryland law to make it illegal to possess a firearm’s detachable magazine with a capacity of more than 10 rounds of ammunition.

The measure also would increase penalties for certain repeat offenders, adding to a list of illegal acts already in state law on the possession of a firearm by a person previously convicted of:

In her presentation to the delegation Pugh did detail some elements of her Violence Reduction Initiative, which centers on five small focus areas – just 2 percent of the city’s total area – yet accounted for about 20 percent of all nonfatal shootings and homicides.

Pugh also briefly mentioned Roca, the Massachusetts-based anti-violence program being underwritten by $10 million in private contributions, and the Safe Streets program that is being moved from oversight by the Health Department to the Mayor’s Office of Criminal Justice.

While members of the city’s House delegation and a couple of city senators present questioned the mayor and De Sousa, the exchanges were generally genial.

Earlier, while lawmakers were waiting for Pugh to arrive, Sonja Brookins Santelises, the Baltimore public schools’ chief executive officer, briefed the delegation and was met with similar affability, despite well-publicized problems in January with failing boilers and frozen pipes that forced a round of school closures.

Asked about the legislative package early in the session, Karen R. Stokes, Baltimore’s director of government relations, said the city did not have a “package” per se at that point, but suggested that all would be revealed by Pugh in good time.

Whenever Del. Curtis S. Anderson, a Democrat who chairs Baltimore’s House delegation, was asked about the city’s legislative package, he directed queries to the mayor. 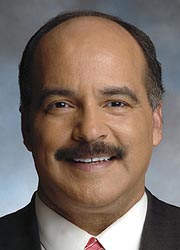 Sen. Joan Carter Conway, the Baltimore Democrat who heads the city Senate delegation, noted the bills that had been introduced and said she knew Pugh had been in “negotiations” with Gov. Lawrence J. Hogan Jr. (R) regarding budget matters, but did not know the specifics of the discussions.

Aides to the governor confirmed that Hogan and Pugh had talked both before and after the Jan. 17 release of his proposed budget, but could not speak to the particulars.

Last fall, Baltimore transportation officials failed to submit a letter to the state asking for funding for capital projects in the city – despite the fact that one of Pugh’s top aides, James T. Smith Jr., a former Baltimore County executive and circuit judge, was once Maryland secretary of Transportation. Pugh and Hogan managed to iron out that misstep by the city.

Both Anderson and Conway introduced the following companion bills at the request of the Pugh administration:

That shared responsibility includes the Stadium Authority paying two-thirds of the annual operating deficit and the city paying the other third, as well as the Stadium Authority and city each contributing $200,000 annually to the capital improvement reserve fund. Without an extension of the agreement, the city would become solely responsible for those costs, maintenance and repairs after Dec. 31, 2019.

Three bills were introduced by Anderson on Thursday — the last day to file measures without their having to go to the House Rules and Executive Nominations Committee for consideration and possible assignment to a standing committee.

Hogan included the final $25 million for the $75 million neighborhood revitalization program in this year’s pending budget proposal, but under this bill, the Pugh administration is asking that an additional $130 million be put into a new “Continuing the CORE Partnership Fund” through the 2024 fiscal year. To date, roughly 1,200 properties have been demolished under the program.

The new fund’s purpose would be to assist the Maryland Department of Housing and Community Development, Maryland Stadium Authority and Baltimore City in “expeditiously removing blighted property” in the city. Under the proposed legislation, at least $30 million would be put into the fund in the 2020 Fiscal Year, and then another $25 million each year through Fiscal 2024.

No companion bill was filed in the Senate for those three measures.

Last Monday, Feb. 5, the legislature’s 27th day, was the so-called “Senate Bill Introduction Date,” after which measures introduced are referred to the Senate Rules Committee.

The State House lobbying trade is being drastically altered by the COVID-19 pandemic, but that may not make it any less desirable or remunerative….