State Sen. Edward J. Kasemeyer (D-Howard), the chairman of the powerful Budget and Taxation Committee, told his colleagues Thursday that he does not plan to seek reelection this year.

Kasemeyer, 72, could not be reached for comment, but his looming retirement creates dominoes both on the committee and in the 12th District, which takes in portions of Howard and Baltimore counties. 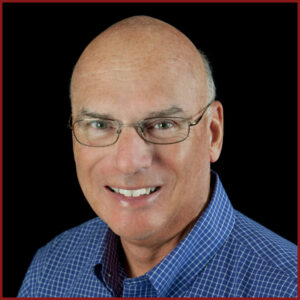 Kasemeyer has held the gavel on the budget panel since 2011. He has served in the Senate since 1995, and previously served there from 1987 to 1991. Before that, he spent a term in the House of Delegates.

Kasemeyer is a moderate temperamentally and ideologically, who rarely craved publicity and preferred to wield his power behind the scenes. Kasemeyer’s departure means Budget and Tax will be losing its top two leaders: the committee vice chairman, Sen. Richard S. Madaleno (D-Montgomery), is running for governor.

In a brief interview Thursday, Madaleno said he was not tempted to drop out of the governor’s race and seek reelection, even with the possibility of taking over one of the most important committees in Annapolis. Madaleno, a forceful critic of Gov. Lawrence J. Hogan (R), especially on budgetary matters, said Kasemeyer’s retirement only reinforces his desire to run for the state’s top job.

“This just makes it more and more important that you have someone of my skill set as governor,” Madaleno said, adding that “there’s no guarantee” he’d be elevated to the chairman’s job if he stayed in the Senate.

No matter who winds up as chairman, the budget panel is heading for a major facelift: Sen. Ulysses S. Currie (D-Prince George’s), the former chairman, and Sen. James E. DeGrange (D-Anne Arundel), the chairman of the capital budget subcommittee, are retiring. Sen. Roger Manno (D-Montgomery) is leaving the Senate to run for Congress, while Sen. Nathaniel J. McFadden (D-Baltimore City) faces a tough Democratic primary challenge.

Meanwhile, Kasemeyer’s decision to retire could set off a scramble in District 12.

He and the district’s three Democratic delegates, Hill, Eric D. Ebersole and Clarence K. Lam, who are all completing their first terms, had filed for reelection on the same day last summer and were expected to run as a ticket. Now one or more of them could wind up running for Senate, creating vacancies further down the ballot.

She added that the three would likely confer soon.

Two Howard County Democratic sources said it is unclear what the House members will do, but they agreed that of the three, Lam is considered the most ambitious.

Only one non-incumbent has filed for the District 12 House race so far: Army veteran Michael Russell, a Republican.

Ebersole, Hill and Lam emerged from a 10-way Democratic primary in 2014, suggesting there’s no shortage of ambitious candidates in the district who could be tempted to run for the legislature. There’s a fairly short campaign period, considering the filing deadline is Feb. 27 while the primary is on June 26.

Democrats are favored to hold the Senate and House seats.

Although the majority of Maryland’s public school buildings are adequate for educational use, some still have problems with deteriorated roads and walkways, fire and…