A long-stalled measure to give victims of rape the ability to have the parental rights of their attackers terminated is heading to Gov. Lawrence J. Hogan’s desk, and he is expected to promptly sign it, likely within days.

The Senate approved the House version of the legislation, sponsored by Del. Kathleen M. Dumais (D-Montgomery), Thursday morning, without discussion or debate, 46-0. Passage marked an important milestone for advocates of the measure, who have worked the issue for more than a decade. 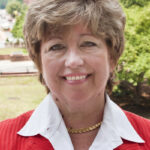 “I think it is respectful of rape victims to give them options,” said Lisae C. Jordan, executive director of the Maryland Coalition Against Sexual Assault. “It is still a very tough row to hoe and we look forward to litigating cases. At least we [will] have a chance to fight.”

The measure provides women who’ve given birth to a child conceived through rape the opportunity to have the parental rights of their attacker terminated — if they can provide “clear and convincing” proof, in court, that they were sexually assaulted. That standard is lower than the “beyond a reasonable doubt” standard needed for a criminal conviction.

For many years, bills similar to SB2 and HB1 made it out of the Senate only to die without a vote in the male-dominated House Judiciary Committee. A fear that women would falsely accuse men of rape after a relationship soured was the main reason for the legislation’s demise, advocates say.

“The complexity of it really stemmed from how you determine somebody to be a rapist,” Sen. Robert A. Zirkin (D-Baltimore County), chairman of the Senate Judicial Proceedings Committee and a longtime supporter of the bill, said. “Using a civil standard makes it complicated.”

House Judiciary Chairman Joseph F. Vallario Jr. (D-Prince George’s) said that “by making sure that a person [accused of rape] is appointed an attorney to represent them, if needed, that was a crucial part of the adjustment” between last year’s bill, which died in the hours leading up to Sine Die, and this year’s bill, which was a priority of leaders in both chambers.

Giving credit where credit is due to the lawmakers paving the way for a greener Maryland.

Davis Takes Over as Treasurer: ‘We’re Just Going to do Great Things’

Dereck E. Davis (D) was sworn in as Maryland’s 24th treasurer at high noon Friday, surrounded by family, friends, colleagues and some of the…