The first independent expenditure campaign of the Maryland gubernatorial election has registered with the State Board of Elections. Called Maryland Together We Rise, the political action committee is advocating for the election of former NAACP president Ben Jealous for governor.

The IE is largely being spearheaded by Service Employees International Union Local 1199, the health care workers’ union that endorsed Jealous several weeks ago. It will be under the direction of Sheila O’Connell and Marvin Randolph, seasoned political operatives with Maryland and national experience. 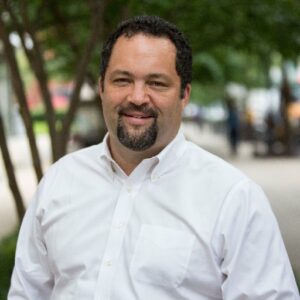 In a news release, Maryland Together We Rise described itself as “a collaboration of Maryland organizations and concerned citizens,” though the full scope of financial supporters won’t be known until the next campaign finance reporting period in April. The group lists its address as 611 N. Eutaw St. in Baltimore – the location of 1199’s local headquarters.

“After one term of Larry Hogan, Maryland families are looking for new leadership,” said O’Connell, who will serve as president of Maryland Together We Rise. “Marylanders want jobs and economic opportunity across the entire state, and a leader who will take on the rising cost of healthcare and the fight for a livable wage. With experience as an executive and civil rights leader, Ben Jealous knows how to bring people together and solve problems.”

O’Connell served as campaign manager for U.S. Sen. Chris Van Hollen (D-Md.) during the 2016 Democratic primary, was a senior adviser to the Marylanders for Marriage Equality Campaign, and was Maryland state director for President Obama’s campaign in 2008. She has had a variety of national political gigs, including a four-year stint as political director for Emily’s List, the fundraising organization for pro-choice Democratic women.

Randolph has also held several political jobs, including senior vice president for campaigns at the NAACP during Jealous’ tenure.

As an independent entity, Maryland Together We Rise cannot coordinate with Jealous’ campaign, the candidate or its leaders. It raises and distributes money separately from the campaign.

Maryland Together We Rise will file separate campaign finance reports on the same schedule as the Jealous campaign during the course of the election.