In a new filing in U.S. District Court, attorneys for state Sen. Nathaniel T. Oaks paint an extraordinary picture of the persistence and scope of federal investigators in their ongoing probe of possible political corruption in and around the Maryland legislature and Baltimore City government. The source, “a former senior county executive aide” recruited by the FBI in July 2014, is known in court records only as “S-00063808,” Oaks’ lawyers wrote in a memorandum supporting a defense motion for the judge to instruct a jury on entrapment. The aide’s county is not identified.

Citing sealed investigative information gained in discovery, Oaks’ federal public defenders wrote that the role of “S-00063808” included “working undercover and secretly recording his/her interactions and conversations with members of the Maryland legislature, members of the City Council and others (e.g., lobbyists and business elites) who regularly interacted with the legislature and council.”

None of those individuals, other than Young, are identified in the court filings.

The memorandum, filed Friday by Lucius T. Outlaw III and Rebecca S. Talbott of the federal public defender’s office, offers new details about the breadth of the probe, which dates at least to the early summer of 2014. That was almost two years before Oaks allegedly took his first bribe from an FBI confidential source posing as Texas developer “Mike Henley,” in May 2016 — and nearly three years before he was first charged with wire fraud, in April 2017.

In the memorandum, defense lawyers maintain that federal investigators entrapped Oaks during a months-long series of attempts to bribe him. They are asking U.S. District Judge Richard D. Bennett to agree ahead of trial, scheduled to begin April 16, to explain entrapment to the jury.

Without knowing beforehand whether Bennett will advise the jury on entrapment, “Oaks will be substantially hamstrung in his defense,” the attorneys wrote. “These excessive, sustained, and overreaching government actions constituted inducement, warranting a jury instruction on the defense of entrapment.”

Oaks’ lawyers also asked Bennett to dismiss six of the 10 charges against the legislator, nine of which stem from allegations that he took more than $15,300 in a bribery scheme involving the FBI confidential source posing as the Texas businessman.

The defense attorneys argue that five charges against Oaks for violating the federal Travel Act by using an “interstate facility” (a cellular telephone) to violate the state’s bribery law should not apply. They maintain the federal indictment is not specific enough in its allegations and a key term used in the indictments, “official duties,” is “constitutionally vague.”

But the truly illuminating document is the one filed in support of the request for Bennett to instruct the jury on entrapment.

At some point before early July 2014, the memo states, the former senior county executive aide known as “S-00063808” was “presumably under unspecified pressure from the government to generate investigative leads.”

Last March several Baltimore County officials received letters from federal prosecutors saying their telephone calls had been intercepted as part of a wiretap investigation in 2013 and 2014. The letter was signed by Kathleen O. Gavin, who oversees the fraud and public corruption section of the U.S. Attorney’s Office in Baltimore.

Federal law requires that the government notify anyone – including non-targeted people — who speak with a target whose phone was wiretapped.

Additionally, Baltimore County employees who received the letters were instructed to contact FBI Special Agent Steven Quisenberry with any questions. Quisenberry, a member of the FBI Baltimore Division’s Public Corruption Squad, is an agent assigned to the Oaks investigation, court record show.

There is, however, nothing now in court documents that specifically indicates federal source S-00063808 was once a Baltimore County official.

The Oaks defense memo states that in 2014 source S-00063808 provided the FBI with names of people “he/she believed may be susceptible to bribery in Baltimore and Maryland government and politics.” The source identified Oaks as one of those people, but did not tell investigators why, the court filing states.

Oaks, a West Baltimore Democrat representing District 41, was a member of the House of Delegates until last Feb. 10, when he was appointed to the Maryland Senate, replacing Lisa A. Gladden who resigned her seat due to declining health.

The defense memorandum goes on to detail a series of scenes involving the FBI’s confidential source:

* S-00063808’s undercover efforts initially focused on the now-former Baltimore City Council member, Council Member X, with whom the source had a breakfast meeting Aug. 6, 2014. During the meeting, the source told the council member that he/she was affiliated with PMSI, a minority-owned business seeking to get contracts with Baltimore City.

* PMSI — Professional Maintenance Systems Inc. of Baltimore — is a real business which, court records state, is operated by a different cooperating defendant who is assisting the FBI with the investigation. The company first received certification as a minority- and woman-owned business on July 20, 2015, city records show.

* The source asked Council Member X if Oaks could be helpful in helping PMSI, and the council member said the state legislator would. Council Member X then suggested the three of them meet for breakfast at some point the following week during the Maryland Association of Counties annual summer conference in Ocean City, Aug. 13-16, 2014.

* On Aug. 14, 2014, the three of them had breakfast in Ocean City, and S-00063808 secretly recorded the meeting. The source again said that he/she was affiliated with PMSI, a minority-owned firm that wanted to get city contracts, and that the company’s president had already met with Young, the City Council president.

The source said that PMSI’s backers had been “very generous” to him/her and that they were interested in obtaining the contracts for the company. Both Oaks and Council Member X expressed interest in assisting the company, but a follow-up meeting could not be scheduled, despite repeated attempts. 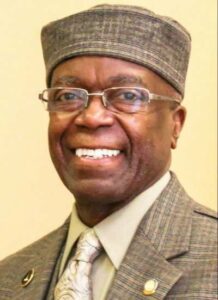 S-00063808 then turned attention to “Developer Y,” who was also being recorded by the source as part of the federal investigation. The source contacted the FBI, telling agents that during a Sept. 19, 2014, breakfast meeting, Young’s and Oaks’ names had come up, and suggesting that “Developer Y had a history of bribing public officials,” the memo states.

The defense attorneys claim S-00063808 “hounded Developer Y to arrange a meeting” with Oaks. The source’s back-and-forth behavior continued with Oaks, Developer Y and eventually Council Member X, but did not prove fruitful for months.

Eventually, the FBI source and Oaks met on Jan. 19, 2015, for lunch at a Baltimore seafood restaurant that was secretly recorded. During the lunch, the subject of PMSI getting city contracts was again raised, and “Oaks suggested that S-00063808 speak to the Baltimore City Council president” about the company’s interest in the city.

They also discussed a follow-up meeting with Young, which was then set for Feb. 9, 2015. At that meeting, the three discussed the source’s interest in getting the minority-owned PMSI work in Baltimore City.

“There was no discussion of the City Council president’s or … Oaks’s being compensated for any assistance,” the defense lawyers wrote.

On April 28, 2015, S-00063808 told federal investigators that Bruce Crockett, a local Baltimore businessman who was killed last July in a motorcycle crash, was a close friend of Oaks and other local government officials, “and was likely using his political relationships to benefit his business interests,” the lawyers wrote.

The source then approached Crockett for “advice” on dealing with Oaks “and other elected officials in the area,” and over the next few months secretly recorded conversations with him about the lawmaker.

Finally, the source asked Crockett to get Oaks to meet with the developer “Mike Henley,” who was actually an FBI confidential source. A dinner meeting was scheduled Sept. 21, 2015, at Ruth’s Chris Steakhouse on Reisterstown Road in Pikesville, and attended by source S-00063808, “Mike Henley,” Oaks, a friend of Oaks and a member of Oaks’ staff. The conversation was recorded.

Over the next five months, Oaks and “Henley” spoke “almost daily,” the defense lawyers wrote. The point of their conversations, which were all secretly recorded, was in regard to Oaks contacting the U.S. Department of Housing and Urban Development about Henley obtaining grant funding for a housing development project in Baltimore.

“Oaks also arranged and attended meetings with elected city officials … business people, lobbyists, and other stakeholders in Baltimore to help Mr. Henley to discuss his economic and property development interests and plans,” the attorneys wrote. In fact, Oaks “personally drove Mr. Henley around Baltimore to look at distressed properties … to develop into affordable housing.”

Finally, on March 16, 2016, nearly two years after the government’s investigation of Oaks started, “Henley” raised the idea of paying the lawmaker for his help, the defense lawyers wrote. But it was not until May 11, 2016, that “Henley” first paid Oaks an alleged bribe of $5,300.

Oaks was charged April 7, 2017, with wire fraud. He was later charged, on Nov. 15, 2017, with fraud and obstruction of justice in a 10-count superseding indictment.

That indictment revealed that Oaks agreed on Jan. 9, 2017, to work for the FBI as part of what appears to be a widespread corruption probe. The obstruction charge stems from allegations that the lawmaker tipped off a target from the bail-bonds industry, known only as “Person #1” in court papers, to the existence of the investigation.

Defense attorneys earlier this month convinced Judge Bennett that Oaks should be tried on the obstruction charge in a trial separate from the one on fraud charges now scheduled for April, after the General Assembly adjourns.

In AG Race, O’Malley Gives Brown a Run for His Money

As Scott Delivers His First State of the City Speech, Jack Young Speaks