Now that the Maryland General Assembly has dispensed with the business of 2017 — overriding two of Gov. Larry Hogan’s (R) vetoes last week — lawmakers will turn to their busy and uncertain election-year agenda.

Every session, the legislature’s presiding officers and committee chairmen set much of the agenda and are the most important people in the General Assembly; this year is no different. But all 188 members have plenty at stake.

Here are 10 legislators to watch: 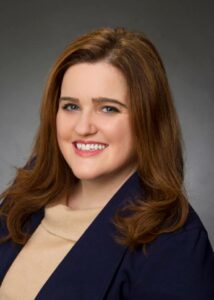 With the #MeToo movement in full swing, with the General Assembly launching another round of conversations about policing sexual harassment on the State House campus, Kelly, the president of the Women Legislators of Maryland, will play a major role.

She has already spoken forthrightly about the daily challenges that women face in the Boys Club environment of the legislative session, and will help women legislators keep the pressure on their leaders.

If perpetrators’ names start being aired in public — which many people believe is possible — the conversation will take on a whole new dimension, and Kelly will be ready. This is his time to shine. Madaleno has always been a key player on fiscal matters and has become Hogan’s top critic in the legislature over the past three years.

Now that he’s running for governor the session is his stage — and his chance to catch up with the Democratic frontrunners. He has an 11-item priority list for the session that’s worthy of a gubernatorial contender, including everything from the minimum wage to freezing Baltimore city schools to emissions from chicken plants on the Eastern Shore.

He’ll be at the center of several high-profile legislative debates — and will have the state’s political press corps watching his every move for the next three months. Not only will Busch be a central player for all the obvious reasons that make the presiding officers so important every session, but his health scare last year means people will inevitably be watching to see how he’s feeling this year.

Busch turned 71 earlier this month; any sign of illness or weakness will spark a new round of speculation about his political plans and ability to serve beyond this term.

Busch has filed for reelection and has a fat political war chest, but that’s not enough to stop the rumors and jockeying. As the legislature searches for ways to increase the number of minority license-holders of medical cannabis dispensaries, the Legislative Black Caucus will be at the center of the debate.

Glenn, the caucus leader, isn’t flashy or an attention-seeker, but she has proven to be steely and focused.

She’ll be part of the push to revive the State Center project in Baltimore and other important conversations as well, including debates over criminal justice reform. She has the best chance of any Republican delegate to oust a sitting Democratic state senator this year, James N. Mathias.

How does she work to expose Mathias’ weaknesses in a conservative district? Will she make a play to try to undo the legislation authorizing wind turbines off the coast of Ocean City?

Hogan is determined to help her.

What will Republicans do to remind voters that Mathias, much as they might like him, is a reliable Democratic vote? Her flaky behavior at the end of last year’s session — showing ambivalence about whether she even wanted to continue serving — carries over to this year.

Conway seems determined to seek reelection, energized by Del. Mary L. Washington’s decision to challenge her in the Democratic primary.

But beyond that distraction, Conway, the chairwoman of Education, Health and Environmental Affairs Committee, will have to buckle down and deal with her panel’s lengthy agenda. With uncertainty over the fate of Obamacare and internal turmoil at the Maryland Department of Health, health care will be an ongoing and important topic of debate in this year’s session.

Pendergrass got the gavel of the House Health and Government Operations Committee just days before the 2017 session. This year, she’s had time to prepare — and will face plenty of tests of her leadership. Because the House Economic Matters Committee, which Davis chairs, deals with everything — energy, banking, telecommunications, insurance, technology, labor laws, alcohol and more — he is always in the center of the action.

Because he and Appropriations Chairwoman Maggie McIntosh (D) are the object of justified speculation over how they’re jockeying to succeed Busch, his name will always be on the insider’s lips.

And because he has decided to take on Comptroller Peter Franchot (D) over Franchot’s crusade to boost the state’s craft beer industry, he’ll endure plenty of slings and arrows from the comptroller’s well-oiled publicity machine. Maryland’s answer to President Trump is running for Baltimore County executive, but no one is sure yet what kind of campaign he is going to run, as he battles for the GOP nomination with Hogan’s choice, State Insurance Commissioner Alfred W. Redmer Jr.

Will the campaign trail pull McDonough away from Annapolis? Does he have an attention-grabbing strategy for the legislative session? Will colleagues be willing to help him or will they keep their distance?

We may know more about the seriousness of his effort in just a couple of days, when annual campaign finance reports are released. 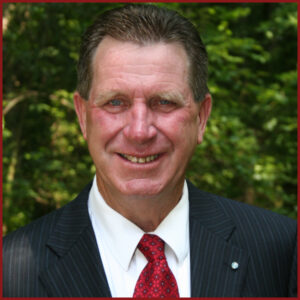 Is this the next Senate president we’re looking at?

Middleton turns 73 this fall, and his path to the top job — as it has been for the past decade or so — is largely a matter of if and when the record-shattering incumbent, Sen. Thomas V. Mike Miller Jr. (D), decides to move on.

As the Senate Democratic caucus and his Charles County constituency move to the left, Middleton has also shifted gradually.

Will he forestall a serious Democratic primary challenge? His vocal advocacy of paid sick leave legislation helps a lot.

Will there be times when his job as chairman of the Finance Committee, which has a portfolio every bit as large as the House Economic Matters Committee, puts him at odds with progressive Democrats? Without a doubt.