Almost immediately it became apparent she was about to lay into President Trump’s reported comments about immigrants from Haiti, El Salvador and Africa. And just as quickly, she was interrupted by the objections of Sen. Robert G. Cassilly, a Harford County Republican.

When it was clear that Cassilly was not going to let it go without a fight, Senate President Thomas V. Mike Miller Jr. (D), postponed the entire matter until after the scheduled votes — and considerable debate — to override the governor’s vetoes of certain bills. 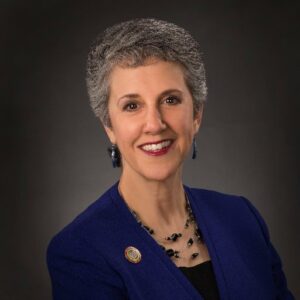 More than two hours later, Kagan got up again. And once again, Cassilly objected to her planned speech, invoking Senate Rule 117, which references Mason’s Manual of Legislative Procedure, and arguing that she could not speak on “a point of personal privilege” about what was happening in Washington, D.C., based on Section 220 of the manual.

“Thank you,” the Senate president interjected quietly, when Cassilly seemed to take a breath. 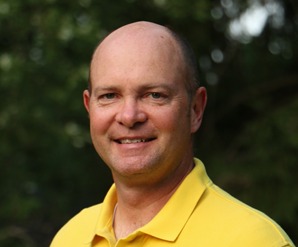 “Senator, thank you. Let the distinguished senator proceed, if you don’t mind,” Miller said. “If anyone wants to get up and leave — you don’t have to stay for prayers — if anyone wants to leave while the senator makes her remarks….”

But Cassilly felt the need to have a last word.

“Mr. President, I certainly enjoy hearing other people speak, but it just seems that in this year, rather than consume excessive amounts of this body’s energies on attacking the issues in Washington, D.C., that it would be an appropriate year … to abide by Mason’s Manual and enforce the rules of the Senate.”

Cutting off any further discussion, Miller said, “I agree, Senator. Thank you so much.”

Kagan finally restarted her remarks, beginning with details about the diversity in her home county, where a third of the population hails from other nations.

“Denouncing whole countries or an entire continent is so remarkably ignorant and despicable,” Kagan said, referring to Trump’s reported comments. “The Statue of Liberty says, ‘Give me your poor, your tired, your huddled masses.’ It doesn’t say, ‘depending on what language they speak,’ or ‘depending on the country that they come from.’”

Kagan then cited as evidence of immigrants the incident late last month in which a Ghanaian immigrant and member of the New York Army National Guard died, after returning into a burning Bronx apartment building three times to rescue four other people.

“Please join me in condemning the language, the disrespect, the hatred and, yes, the racism, that we continue to see coming out of this administration,” she said.

Her remarks drew a small round of applause from Senate members.

“Senator, thank for your remarks,” Miller said, clearly trying to move on. “I think we all understand what has been said. I don’t know that we need any further comment. Is that correct?”

Sen. Delores G. Kelley, a Baltimore County Democrat, stood to speak briefly about the effect of the president’s reported remarks on her family, as her daughter-in-law is a Haiti native, a college-educated registered nurse.

“It touched me really personally … trying to explain to my three granddaughters that their mother was a worthwhile human being,” Kelley said. “This is important, and I appreciate the fact that you raised this issue. It harms real people.”

Sen. Shirley Nathan-Pulliam, an immigrant and naturalized citizen from Jamaica, then rose to thank Kagan.

“If all of the immigrants left this country, it would collapse,” said Nathan-Pulliam, a Baltimore County Democrat.

And then Susan C. Lee, the Montgomery Democrat who chairs the Maryland Legislative Asian-American and Pacific Islander Caucus, weighed in, speaking of her own family, many of whom served in the U.S. armed services in conflicts dating to World War II.

Finally, believing the discussion was over, Miller thanked the Senate.

“I think everyone, all 47 agree with the concept of what’s been said, including our governor…. It’s important to recognize the value of those who make our country great,” he said.

But not before Sen. Victor R. Ramirez, a Prince George’s County Democrat with roots in El Salvador, stood, microphone in hand.

“It’s unfortunate that we are sitting here in 2018 talking about this issue,” he said, going on to explain why the matter was important to him and his community. “Thank you so much, Mr. President, for allowing us to have this dialogue here.”