At least one Democratic gubernatorial candidate crossed the million dollar threshold in money raised for the past year.

Alec Ross, an author and former Hillary Clinton innovation adviser, announced via Twitter on Wednesday night that he had raised just over $1 million for his campaign.

“I’m humbled by and grateful for the support we’ve received from folks,” Ross wrote. “Thank you all.” 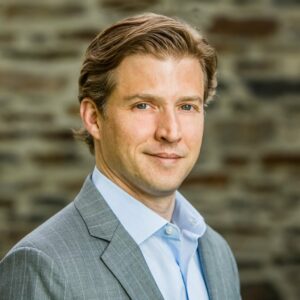 The fundraising period for the past year just ended on Wednesday. Candidates must publicly report their contributions and expenditures next week.

Daniel Ensign, a spokesman for Ross, said Wednesday night that the campaign was still tallying its cash on hand. He said Ross wrote the campaign a $2,000 check last summer but that all the other money raised was from donors.

Next week’s campaign finance reports could reorder the Democratic race, depending on how certain contenders do. Gov. Larry Hogan (R) is expected to show a huge haul.

Wednesday’s start of the General Assembly session brought with it at least five receptions that lawmakers could attend, sponsored by big-time Annapolis lobbying firms.

Traveling around State Circle Wednesday, legislators could hit receptions sponsored by Alexander & Cleaver; Rifkin Weiner Livingston; Pica and Associates; and the Maryland State Licensed Beverage Association, the Maryland Beer Wholesalers Association, and the Licensed Beverage Distributors of Maryland Inc. Lobbyist J. Steven Wise of the licensed beverage association was listed as the contact for the event.

Around the corner on Main Street, the city’s top-earning lobbyist, Gerard E. Evans, was hosting a reception at the Red Red Wine Bar.

Red Red Wine Bar will be the site of another reception for legislators on Thursday, this one sponsored by the National Association of Insurance and Financial Advisors-Maryland, through its lobbyist, Bryson F. Popham.

Both Parties Bullish in the Home Stretch

With Election Day fast approaching, both Republicans and Democrats in Maryland seem bullish on their chances. Can both be right? Gov. Lawrence J. Hogan…

Good Read You May Have Missed

The frontrunners in the Democratic gubernatorial primary found themselves under attack Thursday from rivals in the last televised debate before the June 26 primary….