Rebuffed by the EPA, Frosh has decided to hold a hearing of his own. 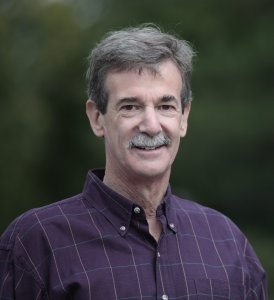 Maryland will be one of three states to hold “people’s hearings” next week on the Trump proposal to kill or substantially weaken the Clean Power Plan. They’ll be held in conjunction with the State Energy & Environmental Impact Center is at New York University School of Law. The center is dedicated to helping state attorneys general fight against regulatory rollbacks and advocate for clean energy, climate action, and other environmental protections.

The Maryland hearing will take place on Jan. 11 from 1-4:30 p.m. in the Joint Hearing Room of the Legislative Services Building in Annapolis. Frosh will be joined at the hearing by House Speaker Mike Busch (D) and Senate President Mike Miller (D).

EPA Administrator had scheduled hearings on the Clean Power Plan in several U.S. cities — but none on the East Coast.

“States are taking matters into their own hands after EPA’s Scott Pruitt ignored multiple requests to host public hearings on his plan to dismantle the Clean Power Plan,” said David Hayes, executive director of the State Energy & Environmental Impact Center, who was deputy Interior secretary during the Obama and Clinton administrations. “While claiming to respect state-based environmental decision-making, Pruitt is pushing a federal override of carbon pollution solutions that progressive states have crafted under the Clean Power Plan. These hearings will provide a much-needed forum for more voices to show how implementing the Clean Power Plan will turbocharge a clean energy economy that brings investment, jobs and energy security.”

Several Democratic attorneys general, led by Schneiderman, have vowed to sue if the Trump administration proceeds with repealing the Clean Power Plan.

In other environmental news, clean energy advocates have scheduled a rally for the first day of the General Assembly session next Wednesday. Legislators, environmental activists, faith leaders and civil rights advocates are scheduled to speak, and electric vehicles will circle the State House in conjunction with the rally, which begins at 11 a.m. – an hour before the two Houses gavel in.