Jealous, the former NAACP president, will be endorsed Thursday morning in Baltimore by UNITE HERE!, the hospitality workers union, which has about 10,000 members in Maryland. This supplements the endorsements Jealous has already gotten from the Service Employees International Union, Communication Workers of America, Maryland Postal Workers Union, and Nurses United. 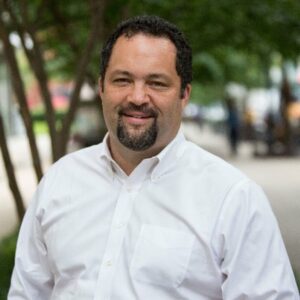 “I’m honored to receive the support of UNITE HERE! as we continue to build a diverse coalition of working families determined to get Maryland back to doing big things,” Jealous said in a statement. “UNITE HERE! has been steadfast in their efforts advocacy for workers and helping to elect progressives in Maryland and across the country.”

Earlier this week, the Maryland State Council of the International Association of Machinists and Aerospace Workers announced its endorsement of Prince George’s County Executive Rushern Baker in the eight-way Democratic primary for governor.

“Rushern has a true commitment to the issues that working families face every day,” union President Lonnie Vick said in a statement. “We welcome the leadership and impeccable credentials that Rushern brings to the table. He will be a fierce advocate for investing in education and providing job training.”

While Fleischmann has mostly been on the fringes of state politics since helming Townsend’s unsuccessful bid for governor in 2002, he remains very plugged with political and business leaders in at the national and international levels. He is founder, president & CEO of Laurel Strategies Inc., a business advisory and strategic communications firm that caters to CEO’s and other corporate executives.

Looks like Prince George’s County Democrats have sorted out a thorny situation. After campaigning for the past few months for a state Senate seat in a three-way primary — detailed earlier this week in Maryland Matters — Wanika Fisher, a former aide to state Sen. Victor Ramirez (D) who is close to Jolene and Glenn Ivey, filed to run for a House of Delegates seat in District 47B on Wednesday.

This diffuses an awkward situation for Ramirez, who is giving up his seat to run for Prince George’s state’s attorney, and means Del. Carlo Sanchez (D), who represents Dist. 47B in the House currently, will remain in the Senate race. Ramirez is close to both Fisher — who works for his law firm — and Sanchez, a political protégé.

Sanchez will still face Malcolm Augustine, a Metro board member, in the Senate primary, and Fisher will face Elliott Reed, a school activist, in the House primary.