On Nov. 19, Ben Shnider, a Democratic candidate for the Montgomery County Council, recently wrote a commentary in Maryland Matters on Interstate 270 and the problems that many people in Montgomery face with traffic on a daily basis. In that commentary, Shnider criticizes Governor Hogan’s plans to expand I-270 to improve traffic around Montgomery County, specifically calling it a “dated outlook.”

As one who has dealt with plenty of Montgomery County traffic myself, I see a number of issues, and I also see some potential ameliorations, including Governor Hogan’s plan to expand I-270 and the Maryland segment of I-495.

While the governor’s plan doesn’t solve all problems (as I will discuss below), I believe his proposed improvements will greatly reduce congestion on I-270 – which is not just a rush hour problem, unless one defines rush “hour” as extending for more than a third of each day. Further, as Governor Hogan has indicated, relieving traffic in I-270 is just one element of his planned improvements to the Maryland highway infrastructure as a whole. 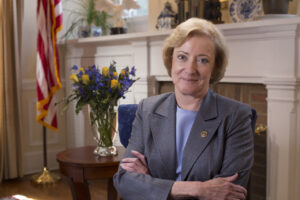 I certainly agree that more needs to be done to provide better MARC service. I believe that we must improve the Point of Rocks platform to increase the number of riders that find taking the Brunswick Line more feasible. I also think that if we increase the number of trains each day, to a minimum of six each way, we can increase MARC ridership.

However, these improvements will not solve the problem by themselves. The reality is that we are an “auto-centric” society and the mobility that allows people to get to work on their schedules, even if through extreme expenditures of time commuting, is one of the generators of our economy. While in an ideal world we all might live within walking distance from our employment or have other ways of working, particularly virtual, it remains a truth that we depend on automobiles to move us from one point to another.

Hence, MARC improvements and Rapid Bus Transit and improved Ride-On service will help, but cannot solve the problem by themselves. The idea that those who currently drive to work will switch to public transportation to the degree that will make a difference on I-270 is simply incorrect, in my view.

Therefore, I totally support the expansion of I-270 and I-495 as planned by the Hogan administration, and experience with other public/private partnership shows that they can in the long run be beneficially and economically managed.

There is, however, one more item that needs to be addressed – that is, the choke point of the American Legion Bridge. Without specifically tackling this bottleneck, many of the other measures to relieve traffic will not provide the improvement that they should. This specifically is an issue that needs to be addressed in a bipartisan fashion as it involves the crossing of a state line.

As a candidate for Congress, addressing this problem in the federal forum is something that I look forward to. I will work WITH Governor Hogan to ensure that the improvements he has proposed for our traffic infrastructure get accomplished to the maximum benefit.

Amie Hoeber, a Republican, is a candidate for Congress in Maryland’s 6th District.

State Del. Neil C. Parrott (R-Washington) traveled nearly 200 miles Thursday, stopping in five counties along the way, to announce his candidacy for the…

Waiting for the Redistricting Dominoes to Fall

The man who set records for personal spending in pursuit of a seat in Congress has prevailed. Businessman David J. Trone (D) defeated Amie…