On the heels of Tuesday night’s blue wave — in Virginia, in Annapolis and in Frederick, among other places — Democrats are already sensing a shift in the state’s political dynamic, and peril for Gov. Larry Hogan (R) on his march toward re-election.

“I think we can start talking about a change narrative,” said state Sen. Richard S. Madaleno (D), one of eight Democrats running for governor next year. “Democrats are motivated, they’re angry, they’re engaged, and Hogan is a lame duck walking.”

The results are not encouraging for Hogan and the Republicans — at least not in the short term.

Dirk Haire, the Republican state chairman, and Jim Barnett, chairman of Hogan’s re-election campaign, did not respond to requests for comment Tuesday night. Writing on his Facebook page, Don Murphy, a former Republican legislator from Baltimore County observed, “No good way to spin this. A bad night for the GOP.”

The bad news for the GOP was evident in the municipal elections in Frederick and Annapolis, in New Jersey, and in the marquee contest of the day, the Virginia gubernatorial race. 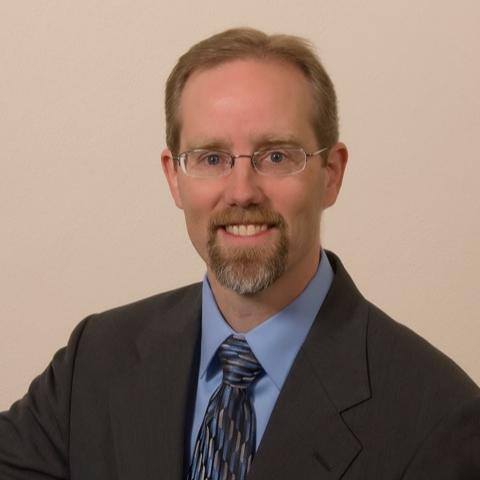 Frederick Mayor-elect Michael O’Connor was part of a nationwide Democratic wave on Tuesday. Will Democrats be able to keep the momentum going in 2018?

Democrats took seven of the eight seats on the City Council — including electing the city’s first Latino member of the Council, Marc Rodriguez.

In Frederick, Alderman Michael O’Connor (D) upset two-term Mayor Randy McClement (R), 58 percent to 36 percent, while Democrats swept all five seats on the Board of Aldermen.

In Virginia, Lt. Gov. Ralph Northam (D), the object of Democratic jitters in the run-up to Election Day, won the gubernatorial election by a surprising 9 points over former Republican National Committee Chairman Ed Gillespie – who Hogan had campaigned with over the weekend. Northam romped in the suburbs and exurbs of Washington, D.C., and in the more conservative suburbs of Richmond, Va., as well.

Democrats also swept the other two statewide offices on the Virginia ballot Tuesday, and made significant gains in the House of Delegates. Beginning in 2018, the Virginia legislature will have its first two Latina members and the first transgender woman to serve in any state legislative chamber in the country.

“Why did a race that most polling suggested was tightening — in Gillespie’s favor — wind up not being all that close? The obvious — and right — answer is Trump,” CNN’s Chris Cillizza wrote late Tuesday.

Those have to be sobering numbers for Hogan and his advisers. Trump’s approval ratings are even lower in Maryland than they are in Virginia. And the electorate in the Maryland suburbs of D.C. is more liberal — and more diverse — than it is in the D.C. suburbs of Virginia.

Yet Jeffrey Slavin, the third vice chairman of the Maryland Democratic Party, said it wasn’t just antipathy to Trump that drove the big Democratic turnout in Frederick and Annapolis.

“It’s not only because of Trump,” Slavin said. “They were good local candidates. We organized and got the vote out. The state party ran their field operations. A lot of credit has to go to [Maryland Democratic Chairwoman] Kathleen [Matthews].”

Democrats — in Virginia and in Maryland — also showed an ability to come together after competitive primaries. Before upsetting Pantelides in the Annapolis general election, Buckley upset state Sen. John Astle in the Democratic mayoral primary. The Democratic establishment had been all-in for Astle, but quickly pivoted and embraced Buckley after his primary win.

Similarly, after O’Connor defeated former Frederick Mayor Jennifer Dougherty in the Democratic primary, Dougherty did not run as an independent, as she had after losing the primary four years earlier.

And in Virginia, after Northam dispatched ex-Congressman Tom Perriello in the Democratic primary, Perriello, the more progressive of the two, energetically traveled the state on Northam’s behalf.

There’s a lesson there for Maryland Democrats, especially with a wide-open and unpredictable gubernatorial primary on tap. The farther the party can move from re-litigating Hillary-Bernie 2016 or from picking at its own uniquely Maryland scabs, the better.

Which hardly means that all is lost for Hogan. Hogan’s brand is still separate and distinct from Trump’s, despite Democrats’ constant efforts to tether the governor to the president. Hogan remains personally popular, and he’s got a far more moderate record than most national Republicans.

Hogan himself was content to play statesman Tuesday night, tweeting his congratulations to Northam: “looking forward to working together to improve our region,” he wrote.

One big unknown is whether, after Gillespie’s surprising flameout, Hogan — and other Republicans across the country — will borrow his strategy, purloined from Trump, of emphasizing law and order and scapegoating immigrants. Hogan was quick to attack the two Central American high school students who had come to this country illegally after they were accused of raping a classmate in Rockville earlier this year. The charges were later dropped.

Hogan also expressed skepticism about the so-called Trust Act, a measure to protect immigrants in Maryland from federal round-ups. It passed in the House but did not get through the Senate.

But Gillespie’s poor performance in the suburbs on Tuesday suggests that employing anti-immigration rhetoric is a risky strategy — at least in key parts of the state.

To further pile on, Democrats on Tuesday — before the election results were in — called on Hogan to renounce Gillespie and campaign fliers intended to tie Rodriguez, the Annapolis council candidate, with the MS-13 gang.

“Your endorsement of Mr. Ed Gillespie’s campaign for Virginia governor and hateful fliers attacking Annapolis aldermanic candidate Marc Rodriguez, raise many questions about your and the Maryland Republican Party’s commitment to building an inclusive society for all Marylanders,” Del. Carlo Sanchez (D), chairman of the Legislative Latino Caucus, wrote in a letter to the governor.

Larry Hogan is a talented and nimble politician who will no doubt come to the 2018 campaign with a sound and flexible game plan — not to mention a huge financial advantage. He’s also lucky the election is a year away, because that’s several lifetimes in the political world. Who knows what the political terrain will look like then?

But make no mistake: Maryland Democrats are feeling a lot more optimistic today than they were yesterday. And even with all the unpredictability in politics, they probably have reason to be.

‘Election interference is a crime,’ the State Board of Elections warns.