In an interview Tuesday night with The Capital, Buckley called his victory “a rush.”

“How do you beat a guy with the whole machine behind him?” he said.

The Democratic establishment, which almost uniformly got behind Astle in the primary, is now poised to support Buckley in the general election. Pantelides is a rising Republican star, and Democrats would dearly like to knock him off.

Astle, who ran unsuccessfully for mayor in 1981, was elected to the House of Delegates a year later and won his Senate seat in 1994. He had billed his mayoral bid as a last political hurrah – but Democratic voters had other ideas.

Astle’s plans for 2018 are now unclear. Democratic activist Sarah Elfreth has been actively campaigning for his Senate seat – a top target for Republicans. Former Del. Ron George is seeking the GOP nomination, and Del. Herb McMillan (R) has not ruled out a bid.

Astle told The Capital Tuesday night he would “take a look” at another Senate run.

Gutierrez to Council Race. The upheaval in legislative District 18 continues. Already state Sen. Rich Madaleno (D) is running for governor, and Del. Jeff Waldstreicher (D) is running to replace him.

Now Del. Ana Sol Gutierrez (D), the first Latina elected to the General Assembly, back in 2002, is running for a seat on the Montgomery County Council.

Gutierrez, whose political career in Montgomery County dates back to 1990, filed to participate in the county’s public finance system this week. On Tuesday she confirmed to Maryland Reporter that she is joining the crowded Democratic primary in the 1st council District.

“The importance of being politically active and involved today – under the current administration and what I see as threats to our democratic principles – means now is not the time to retire and sit by the wayside,” the 75-year-old lawmaker added.

In an email to Maryland Matters Tuesday evening, Gutierrez said she would release a statement later in the week further explaining her decision.

Back in Dist. 18, it appears that only incumbent Del. Al Carr (D) will seek re-election. Also seeking House seats are Democrats Mila Johns, a terrorism researcher and analyst; Emily Shetty, a policy consultant and former congressional staffer who ran unsuccessfully in 2014; and Jared Solomon, a former teacher and Capitol Hill staffer who formally announced his bid on Tuesday.

Other Democrats could join the House race. Dana Beyer, a civil rights activist who challenged Madaleno in the 2014 Democratic Senate primary, has not ruled out running for a legislative seat.

“I love serving in the House of Delegates,” Hettleman wrote on her Facebook page. “I am very proud to have been successful in sponsoring and, with the support of my colleagues, enacting legislation to expand the accessibility of contraception, protect vulnerable older adults, expand access to healthy food, create a statewide standard for how rape kits are handled by law enforcement, address sexual assault on campus, and a number of other bills that have become law.” 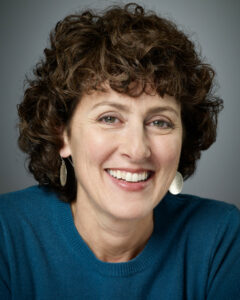 Many progressives had hoped Hettleman would try to take out Zirkin, the chairman of the Senate Judicial Proceedings Committee. He has infuriated liberals by opposing paid sick leave legislation that passed the legislature this year but was vetoed by Gov. Larry Hogan (R) and by speaking at fundraisers for Republicans who serve on his committee. Hettleman said in her statement that ensuring the legislature overrides Hogan’s veto is one of her priorities for the 2018 session.

But a clue that Hettleman wasn’t going to take on Zirkin was visible in the latest edition of the Baltimore Jewish Times – an ad featuring all four members of the Dist. 11 legislative delegation, wishing readers a Happy New Year. You can see the ad here, on p. 63.