The evolving race for Prince George’s County executive may produce a rarity in American politics – and in Maryland: two strong women running against each other.

And it may produce an even rarer occurrence: two strong African-American women running against each other.

State’s Attorney Angela Alsobrooks and state Sen. Anthony Muse have both officially entered the Democratic primary. But former U.S. Rep. Donna Edwards is contemplating a run and said on WAMU Friday that she would make a final decision come September. 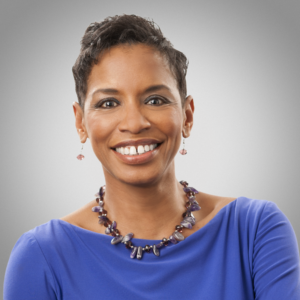 With the potential for two female African-American candidates, this race may highlight the challenges that come when women run against each other. Some Democratic activists have lamented that with so few women in prominent political positions in Maryland, a race pitting Alsobrooks against Edwards should be avoided because one – or both – will lose. Yet others wish the situation wasn’t such a rarity.

“We wouldn’t be having this conversation if it was three white men running,” said Mileah K. Kromer, professor of political science at Goucher College. “That’s the key takeaway point, that it becomes notable along the lines of race and gender just because unfortunately, even in a predominantly African-American county and even in a state with a diverse strong Democratic Party, the norm is white male leadership or the statistical norm is white male leadership or male leadership in general if you look at the congressional level. So it does stand out, it becomes newsworthy when you see a race that looks different.”

One in four elected office holders nationally are women, according to Melissa Deckman, professor of political science at Washington College and co-author of the textbook, “Women and Politics.” She says the main obstacle for women is that they are less politically ambitious than men, and are more likely to second-guess themselves.

“Women tend to think that they are far less likely to be qualified and that has been one of the biggest hurdles women face when it comes to becoming political candidates,” Deckman said.

According to Kromer, women are also more likely to focus on different issues than men, like paid sick leave, health care and education.

While they may focus on a certain set of issues, when they decide to run they win.

“Here’s the good news – when women run they’re just as likely to win as men,” Deckman said. “It used to be, 40 years ago, that being a woman was a handicap.”

A growing number of groups like Emerge Maryland dedicate their time to creating strong Democratic women candidates for races across the state.

“There has been a concerted effort across the state to get more women of color and women in general but particularly women of color on the ballot, and you’re going to see this among Democrats more so than their Republican counterparts just because of the demographic makeup of those individuals who identify as Republicans and Democrats,” Kromer said. “But groups like Emerge Maryland, if you look at the classes they’ve been putting together over the past couple years who are in their training program, these classes of women who go through their training classes are really racially diverse.”

In Prince George’s County, African-American women are the most reliable voting demographic. And Edwards and Alsobrooks would not necessarily be making similar appeals to voters. Edwards, who lost a bid for U.S. Senate last year, comes from the progressive wing of the Democratic Party and has key ties to several labor unions. Alsobrooks is viewed as a more establishment figure, and as the county’s chief prosecutor, is associated with law-and-order issues.

In 2016, African-American women – then-state Sen. Catherine Pugh and former Mayor Sheila Dixon – emerged as the top two contenders in the Democratic mayoral primary in Baltimore city, and they appealed to different segments of the electorate. In a field with 13 candidates and low voter turnout, Pugh wound up defeating Dixon by 2,400 votes.

Diane Fink, executive director of Emerge Maryland, said Emerge is not weighing in on the gubernatorial election or county executive races specifically. But when asked generally about the idea of strong women candidates running against each other, she said, “That’s kind of what we’re aiming for in a way. I don’t want to apply that to [the Prince George’s executive] race. But we certainly aim to get to a point where we ensure that a strong woman can win.”

“No one says anything if it’s two men running against each other no matter what their race is,” Ivey said. “We’ve accepted men being in politics as the default and when women run it’s still unfortunately seen differently. The first time I ran, the question that I got the most was, ‘but what about your children?’ and no one ever asked Glenn about the children when he ran and we’re married to each other. It was not an issue for him but it was instantly an issue for me.”

Ivey, a candidate for lieutenant governor in 2014 who is planning to run for Prince George’s County Council next year, stressed that in this race, it is not just two African-American women potentially running against each other. It is critical to focus on the issues because of the candidates’ differing positions on the issues and their separate personas.

“I mean I think that’s how people look at it without any facts being involved,” she said. “Especially if you’re talking about Angela and Donna, their politics are very different. In fact if you look at their politics, from what I can tell Anthony Muse and Angela are more similar to each other than Angela and Donna. In fact, Donna is the one you would describe as progressive and the other two that term would not be associated with them, and if people are paying attention to what their philosophy is, if you are trying to vote for someone whose philosophy is aligned with yours, that should be more important to you than the race or the sex of the person running, at least in theory.”

Edwards won’t make an official announcement until next month, but some women are already worrying about the impact of two strong women competing for a top political prize.

“The more normal, the more routine it becomes, then yeah, it should become less of an issue, and the more voters look more deeply than your sex or your race or your marital status or whether or not you’re a parent,” Ivey said. “I mean all of those things help make you who you are but it doesn’t determine whether or not you’ll be a good elected official.”